“A woman’s dress should be like a barbed-wire fence: serving its purpose without obstructing the view.”

Leave a young corpse? No!

Suck life out of life. 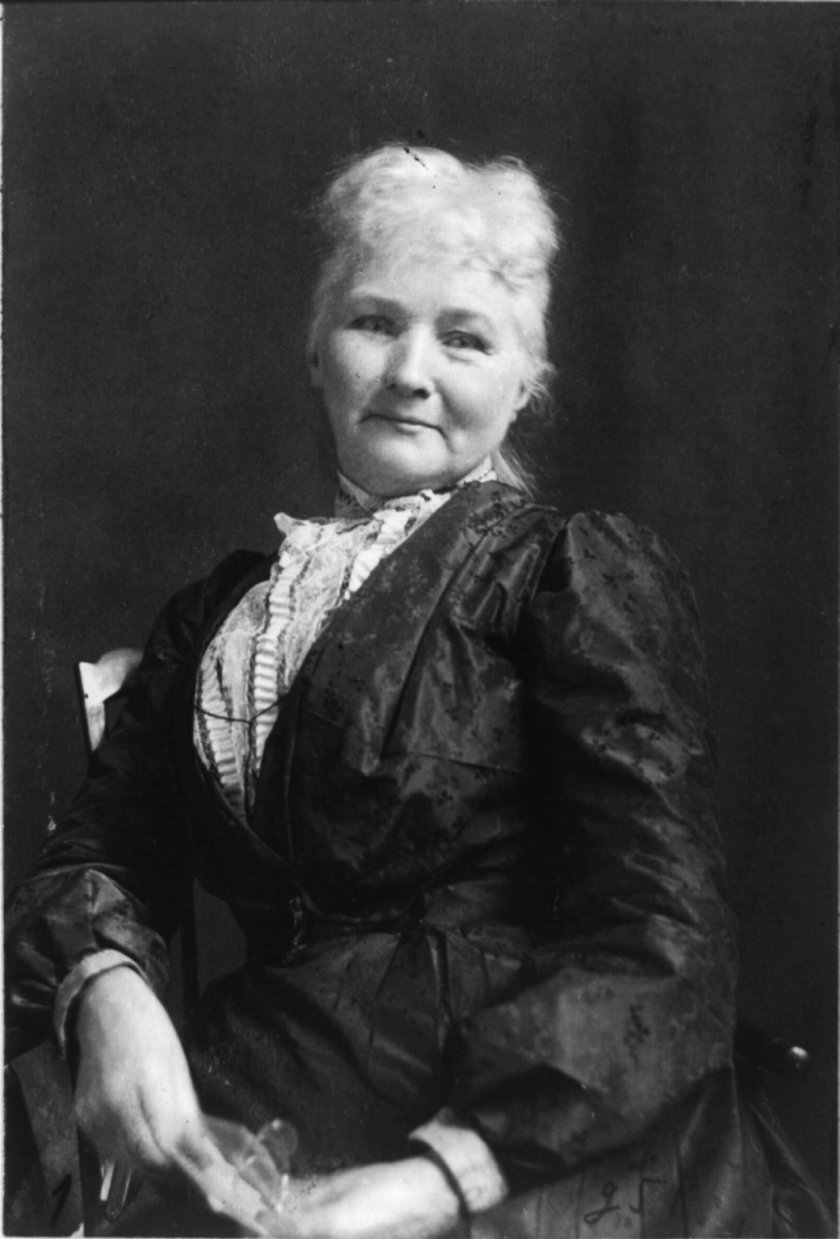 By Bertha Howell – This image is available from the United States Library of Congress’s Prints and Photographs division under the digital ID cph.3a10320.T

On May 1, 1930, famous union organizer Mother Jones celebrated her 100th birthday. She was surrounded by friends and reporters at her party, and the event was even filmed by movie cameras — Mother Jones was excited to be part of a movie with sound. But when the cameraman tried to explain to her how to speak for the camera, she snapped, “What the hell do you know about it? I was making speeches before you were born!”

When World War II hero John F. Kennedy first entered politics he became a United States Representative, then he started campaigning for a seat in the Senate. While running for Senator, he campaigned in Fall River, Massachusetts, where many people were of French descent. Unfortunately, his Fall River manager, Ed Berube, made a notable mistake when he introduced Mr. Kennedy at the very first Fall River political meeting. Mr. Berube stood up and said, “Ladies and gentlemen, I’d like you to meet Congressman Joe Martin.” Not only did Mr. Berube get Mr. Kennedy’s name wrong, but Joe Martin was a Republican! Mr. Berube thought he would be fired, but Mr. Kennedy thought the mistake was funny and went ahead with his campaign speech, saying, “Maybe Ed would rather be working with Joe Martin, but I’d rather have him working for me.”

Following the death of a good friend, James M. Barrie, author of Peter Pan, spoke at St. Andrew’s University in Scotland. However, his speech started badly. He mumbled so that the students could not hear him, and he played with a letter opener that he had absent-mindedly picked up. Suddenly, a student shouted, “Put it down, Jamie, or you’ll cut your throat!” This roused Mr. Barrie, and he gave a good speech. Among other things he spoke of, he read to the students a letter that the explorer Robert Falcon Scott had written to him during his doomed South Pole expedition — the letter had been found on Mr. Scott’s frozen corpse: “We are in a desperate state — feet frozen, etc., no fuel, and a long way from food, but it would do your heart good to be in our tent, to hear our songs and our cheery conversation.”

When Pulitzer Prize-winning reporter Meyer Berger was a boy, his family was poor. One day early in the 20th century, he announced to his mother that he had been given the honor of making the acceptance speech when a local organization donated a new flag to his school. Of course, this was good news, but his mother looked at his shoes and was embarrassed. She told the family that they had only 25 cents, and either she could use the money to buy Meyer a used pair of shoes so he could be decently dressed when he made the acceptance speech, or she could put it in the gas meter and the family could eat a hot supper. The family voted for the shoes, and they ate a cold supper that night. After young Meyer had made his acceptance speech at school, he repeated it at home so his family could hear him.

In 1951, Robert F. Kennedy invited Ralph Bunche, the first African-American to win the Nobel Peace Prize, to speak at a legal forum at the University of Virginia. Mr. Bunche wrote back that he was willing to speak, but only before an integrated audience. At that time, many University of Virginia students objected to black people and white people being seated together. Mr. Kennedy made a great effort and persuaded the students to allow integration, and Mr. Bunche spoke before an audience in which black people and whitepeople were seated together.

Patrick Henry advocated the independence of America from the rule of Great Britain. On March 23, 1775, he made a famous speech that ended, “Is life so dear, or peace so sweet, as to be purchased at the price of chains and slavery? Forbid it, Almighty God! I know not what course others may take, but as for me, give me liberty or give me death!” The ending words so resonated with the American spirit that some soldiers had the words “LIBERTY OR DEATH” put on their uniforms. Such speeches also earned Mr. Henry the nickname “Son of Thunder.”

Benjamin Lay was an 18th-century Quaker who preached against slavery. At a Quaker meeting, Mr. Lay waved a sword over his head as he shouted that slavery was just as pleasing to God as abusing the Bible would be. He then plunged the sword through a Bible. Previously, he had inserted in the Bible a packet of red dye resembling blood. The dye splattered people sitting nearby, and Mr. Lay told them that now other people could see the stain of their sin.

Political cartoonist Thomas Nast used to go out on the lecture circuit and create drawings as he talked to his audience and answered questions. One of the most popular parts of his lecture occurred when he drew in front of the audience a picture that no one thought made any sense — until he turned it right side up and showed the audience that it was a picture of Niagara Falls.

Sojourner Truth, an African-American woman, gave many speeches against slavery, as well as many speeches supporting civil rights and women’s rights. A heckler once shouted during one of her speeches that he cared as much for her anti-slavery ideas as he cared for a flea bite. Ms. Truth replied, “The Lord willing, I’ll keep you scratching.”

Dwight David Eisenhower once was scheduled to speak at a dinner with three previous speakers who went well over their allotted time. Because of the lateness of the evening, when it was Mr. Eisenhower’s turn to speak, he said that all speeches needed punctuation, and he was the period. Then he sat down. (It was a popular speech.)

Maxine Hong Kingston won the National Book Critics Circle Award for nonfiction with her 1976 book, The Woman Warrior. When she gave a speech at the awards ceremony, she was unable to see over the podium because she is only four feet and nine inches tall. Therefore, she bent sideways around the podium and gave her acceptance speech.