it’s said that with one’s beloved even huts are a heaven beneath a bridge, in a forest, or in a palace or stable far and wide, samson’s happy near his lovely delilah but her sighs are so sad as she peers up at the sky and he says, “why, lovely delilah? what ruckles your brow?” and she says, […]

via ladder to heaven — unbolt me 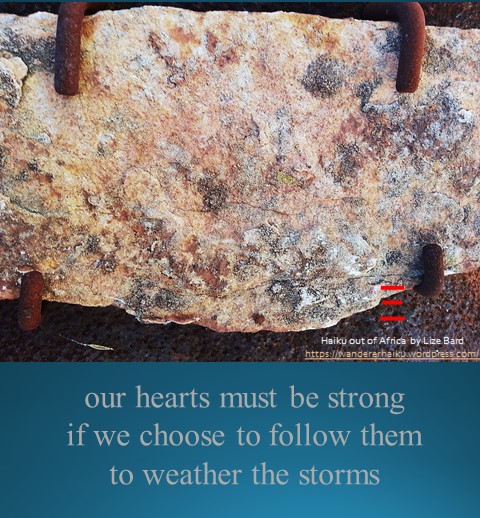 via Courage — Haiku out of Africa 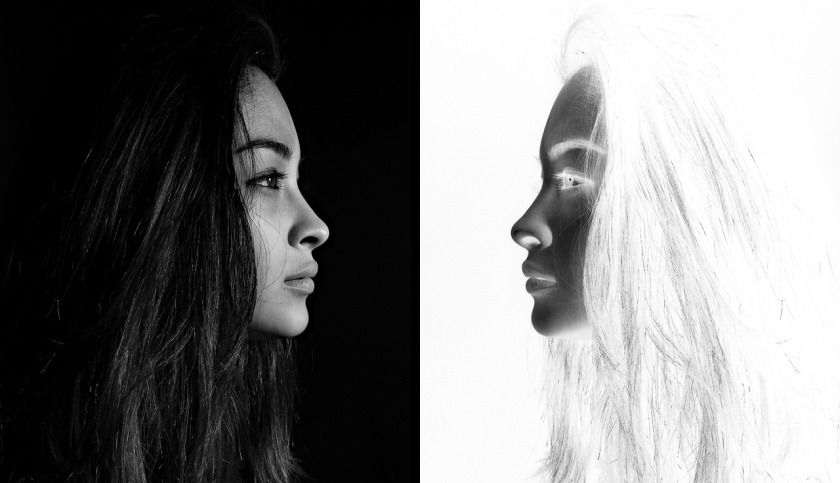 the yin and the yang

now look at things from both sides 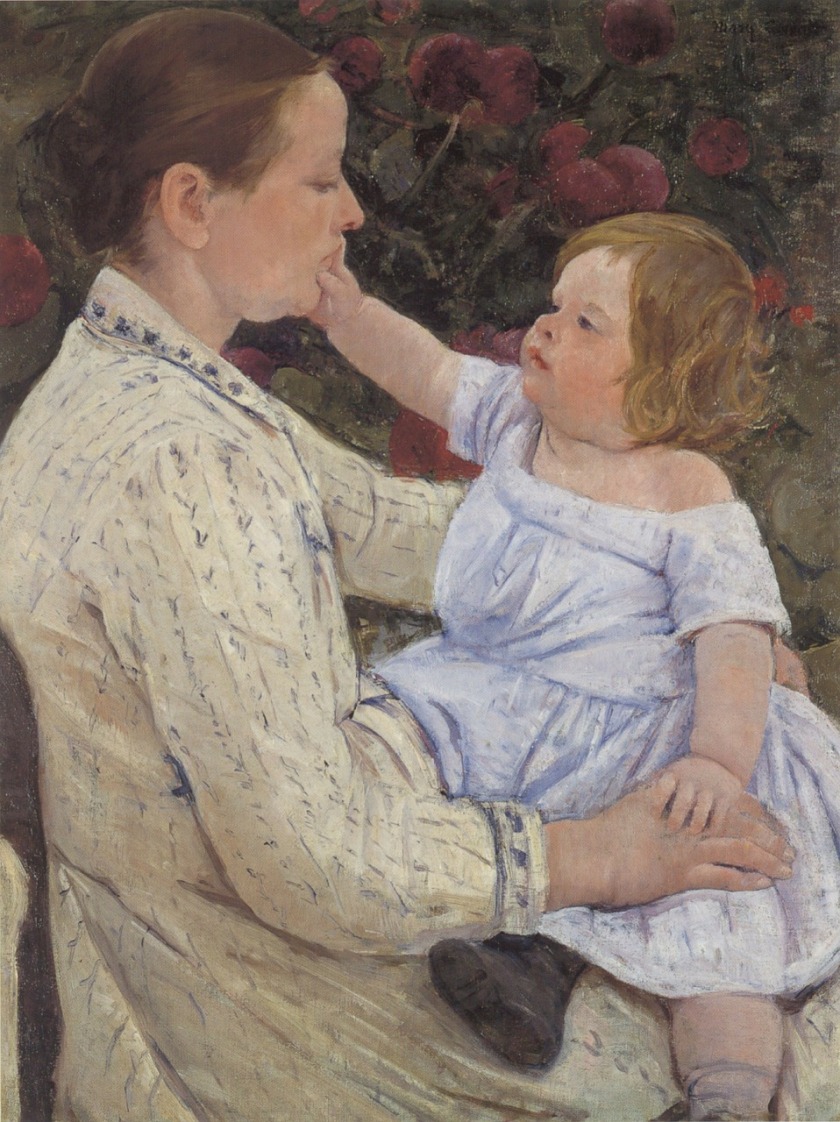 As a radical who broke new ground in art, Mary Cassatt rejected some things that many artists accept. After she was informed that she had won a $300 Walter Lippincott Prize for work shown in the 1904 exhibition at the Pennsylvania Academy of Fine Arts, she turned down the prize, writing, “Of course it is very gratifying to know that a picture of mine was selected for a special honor. I, however, who belong to the founders of the Independent Exhibition, must stick to my principles, our principles, which were, no jury, no medals, no awards.”

Czechoslovakian citizen Emil Zátopek won four gold medals at the 1952 Olympic Games in Helsinki, Finland, including one for an unexpected win in the marathon. Winning these medals, of course, was memorable; however, later Mr. Zátopek did something even more memorable when he met Ron Clarke of Australia, a great runner who had bad luck at the Olympic Games. Despite setting many world records during his running career, Mr. Clarke never managed to win a gold medal while competing at the Olympic Games. Mr. Zátopek admired Mr. Clarke, and in 1966 he gave him a wrapped present, telling him not to open it until he was on a plane and headed back home. When Mr. Clarke opened the gift, he found an Olympic gold medal and a note from Mr. Zátopek: “Dear Ron, I have won four gold medals. It is only right that you should have one of them. Your friend, Emil.”

Opposing the rich landowners and the soldiers who supported them in Guatemala in 1980 could be dangerous. Rigoberta Menchú organized cotton and sugar plantation workers in preparation for a strike to demand better working conditions and higher pay. Soon, soldiers started looking for her. At one point, while being chased by soldiers, she ducked into a crowded church, let her hair down, and joined the other people kneeling at their prayers. Fortunately, the ruse worked and she was not captured. In 1992, she won the Nobel Peace Prize for her work in helping Mayan workers in Guatemala. With the money she won with the Nobel Peace Prize, she set up the Vicente Manchú Foundation to promote human rights in her native country, Guatemala. The foundation is named after her father, who died trying to help workers in Guatemala.

Mike Nichols and Elaine May satirized television. At an Emmy Awards show, Ms. May, acting as host, praised everyone who had won for excellence, then said, “But what about others in the industry? Seriously, there are men in the industry who go on, year in and year out, quietly and unassumingly producing garbage.” She then announced an award for the Most Total Mediocrity in the Industry. Accepting the award was Mr. Nichols, who said, “This is the proudest moment of my life. I’d like to say briefly how I did it. Firstly, no matter what suggestions the sponsors make, I take them. Last but most important, I have tried to offend no one anywhere on earth. In ten years of production, we have received not one letter of complaint.”

After receiving an award from the City of New York (which allowed him to struggle for New York seasons for 25 years and forced him and his dance company to travel overseas for much of that time), Merce Cunningham told a story about composer John Cage. Because he was driving too fast, Mr. Cage was stopped by a police officer who told him that he was issuing him a citation. Mr. Cage said, “Thank you very much.” After telling this story, Mr. Cunningham immediately told the presenters of the award, “And I thank you very much.”

When Felicity Huffman won the Best Actress award at the Independent Spirit Awards for her performance as a transexual in the movie Transamerica, she recounted a story about a grip working to correct some malfunctioning equipment. Perched precariously on a ladder, he muttered, “This f—— film better win a f——- award.” Ms. Huffman then held her award up and said, “Here’s the f—— award.”

In 1995, Sarah Michelle Gellar missed her prom because she was busy attending the Daytime Emmy Awards, for which she was nominated as Outstanding Younger Leading Actress in a Drama Series for her role as Kendall (the daughter of the character played by Susan Lucci) on All My Children. However, when she attended the after-prom party, she took her new Emmy award with her.

Ellen Zwilich is the first woman ever to win the Pulitzer Prize in music; in 1983, she won for her composition Symphony No. 1: Three Movements for Orchestra. Afterward, she was surprised by the number of people who asked her, “How does it feel to be the first woman to win a Pulitzer Prize in music?” Her usual reply was, “I hope it’s the last time gender is more important than creativity.”

When Daniel Keyes’s “Flowers for Algernon” won the Hugo Award for the Best Story of 1959, award presenter Isaac Asimov praised the story enthusiastically, then asked Mr. Keyes how he had been able to write it. Mr. Keyes replied, “Listen, when you find out how I did it, let me know, will you? I want to do it again.”

In 1986, Elie Wiesel, author of the Holocaust memoir Night, won the Nobel Peace Prize. His father, mother, and youngest sister all died in the Holocaust, but to show that the Jewish people survive despite such oppression, when giving his acceptance speech, he asked his 14-year-son to come to the podium with him.

Harlan Howard, Roger Miller, and Willie Nelson had a wonderful time one year at the BMI Awards diner in Nashville. Each and every time a winner was announced, the trio would jump up and run to accept the award, causing mass amounts of confusion until the real winner appeared on stage.

In 1988, Jodie Foster won a Best Actress Oscar for her performance in The Accused. Following her acceptance speech, she joked backstage that she would immediately put the Oscar to good use: “I rented three videos last night … and they said if I brought this in I would get them free.” 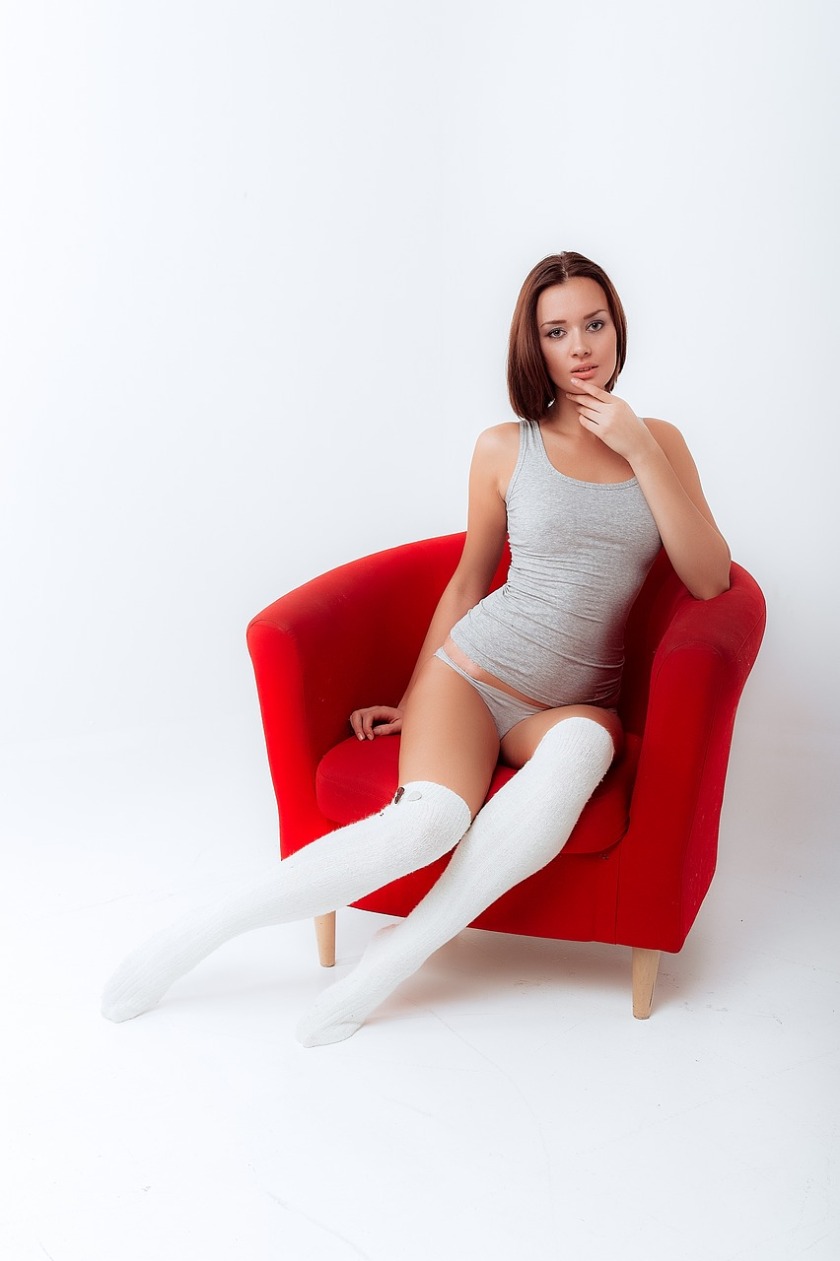 in my underwear. And then, 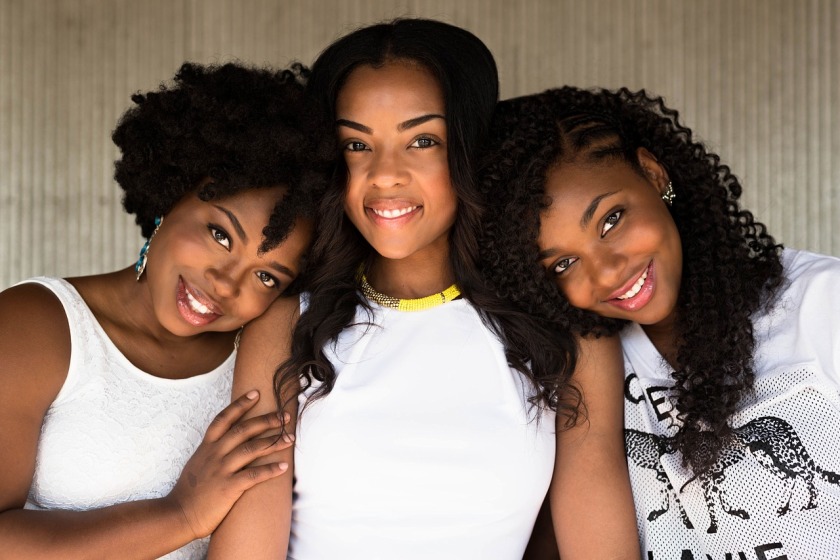 Our world is blessed with

So many pretty women Ends only with death

You were just another let down.

via A Six-Word Story — HappymessHappiness