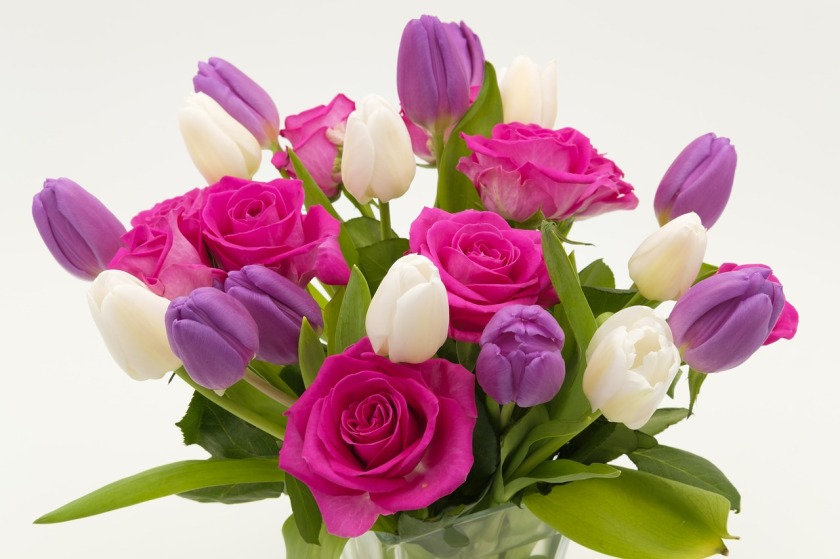 NOTE: Read her blog at 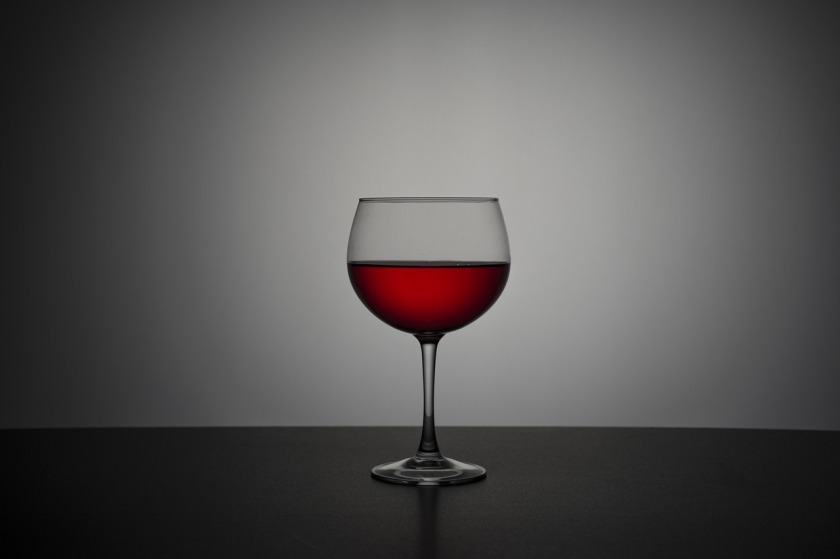 focus on the essential

Stevie Wonder’s father was a joker. He told his children, who spent the early part of their life in Saginaw, Michigan, which was very cold in the winter, that Saginaw was located only 12 miles from the North Pole. Mr. Wonder said, “I believed that for a long time.” Mr. Wonder himself is a joker. Although he is blind, he once told Jet magazine that he wanted to judge a beauty contest. Once, when he entered someone’s living room he moved his head from side to side and said, “Wow, really nice place you got here.” When he was young, his friends and family played a game with him. They would throw a coin on a table, and he would listen to it and identify it: “That’s a dime” or “That’s a quarter.” He did have difficulty distinguishing between the sound of a nickel and the sound of a penny. When he was young, another joke he played was on his friend Dionne Warwick, who had a red dress that the Shirelles hated, so the Shirelles enlisted Mr. Wonder’s help. He was able to identify her by the perfume she wore and so he would greet her. She asked him, “Hello, baby, how are you today?” He replied, “Dionne, I don’t like that red dress.” Ms. Warwick said, “It scared me, because I know he’s blind and there’s no way in the world this kid can see this dress, but if he didn’t like it I’m takin’ it off. I never wore that dress again. It took two or three years before the Shirelles finally broke down and told me what they’d done.” Mr. Wonder once said, “Being physically blind is no crime, but being spiritually blind is a serious handicap.”

The father piano prodigy Clara Wieck, who married composer Robert Schumann in 1840, was Frederick Wieck, and he could be a hard man to deal with. When Clara was a child, he once thought that she had played a piano piece poorly, and he tore up the music and called her “lazy, careless, disorderly, stubborn, and disobedient.” He also refused to let her play her favorite pieces of music for weeks and returned the music to her only after she promised to be good. She had high standards for piano playing. When she was still a 10-year-old child but playing concerts professionally, she once was given a poor piano to play at a concert. After she had finished, the members of the audience applauded, but she stood up and told them, “Now you are clapping, and I know that I played badly.” As she said that, some tears ran down her cheeks. When she was 12 years old, the famous German writer Johann von Goethe said about her, “She plays with as much strength as six boys.” She was born in 1819 and lived in a sexist age. In 1879, when she was a widow, she taught at an important music conservatory in Frankfurt, whose director wrote about her, “With the exception of Madame Schumann, there is no woman and there will not be any women employed in the Conservatory. As for Madame Schumann, I count her as a man.”

In October 2010, actor Johnny Depp paid a surprise visit to the Meridian Primary School in London, England, while he was dressed as Captain Jack Sparrow of Pirates of the Caribbean fame. He made the visit in response to this letter by nine-year-old pupil Beatrice Delap: “Captain Jack Sparrow, At Meridian Primary School, we are a bunch of budding young pirates and we were having a bit of trouble mutinying against the teachers, and we’d love if you could come and help. Beatrice Delap, aged nine, a budding pirate.” A witness responded hearing “incredible screams of joy” as Mr. Depp and some other actors dressed as pirates entered the school. Mr. Depp went to Beatrice’s class and asked her to identify herself. Beatrice said, “He gave me a hug and he said, ‘Maybe we shouldn’t mutiny today ’cause there are police outside monitoring me.’” Indeed, police were always around the nearby 18th century Old Naval College, a major location in the fourth Pirates of the Caribbean movie that Mr. Depp was then filming. Mr. Depp had previously done a few remarkable good deeds in London. In March 2007, the kidneys of Lily-Rose, his then eight-year-old daughter, failed. She was treated at Great Ormond Street Hospital, and medical personnel saved her life. Mr. Depp donated £1million to the hospital. Previously, while dressed as Captain Sparrow, he had visited ill children in the hospital and told them bedtime stories.

When Joan Oliver Goldsmith, a volunteer singer in a chorus, was around seven years old, her younger sister made a 25-cent bet with her that she would not be able to go an entire day without singing. (In 1958, 25 cents would buy two Superman comic books.) In the afternoon, Joan forgot the bet and started to sing, “Thumbelina, Thumbelina, tiny little thing.” The adult Joan decided to switch from singing soprano to alto in the chorus. When other people in the chorus asked her about the change, she replied, “Yes, I’ve switched from soprano to alto. I’ve also moved from St. Paul to Minneapolis. I can’t think of any more fundamental changes short of a sex-change operation.” By the way, this is a joke that singers sometimes tell among themselves: “How many sopranos does it take to screw in a light bulb? […] Three. One to screw it in. One to pull the ladder out from under her. And one to say, ‘I could have done it better than that!’”

Chuck Jones directed many cartoons that featured such stars as Bugs Bunny and Daffy Duck. Someone asked author Ray Bradbury at his 55th birthday party, “What do you want to be when you grow up?” Mr. Bradbury replied, “I want to be 14 years old like Chuck Jones.” Of course, cartoon characters such as Bugs Bunny have a life and a reality of their own. Someone once introduced Mr. Jones to a six-year-old boy as the man who draws Bugs Bunny. The six-year-old boy corrected him — “He draws pictures of Bugs Bunny.”

“Don’t handicap your children by making their lives easy.” — Robert A. Heinlein

Usually I start the year off with a wrap up showing the previous years projects and my thoughts on them. But I’m not particularly happy with how 2017 went, and I’d rather move forward with new things than write about my previous work. So today’s post is going to focus on my first project of […] 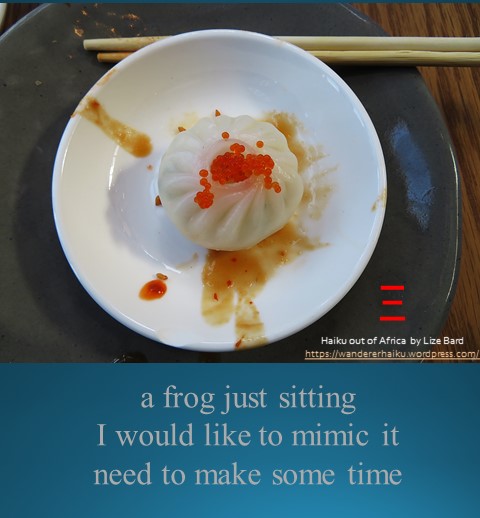 via Time — Haiku out of Africa 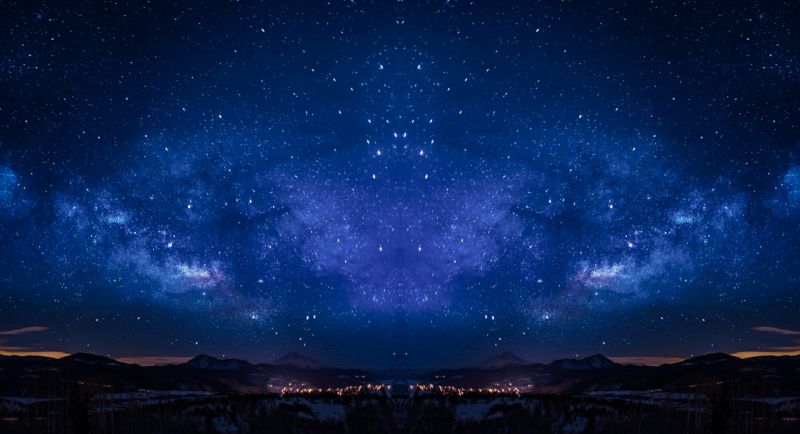 In the deepest silences, the emptiest forests, the music halls, the most hidden recesses of the heart, I look for god. In the food on the table and the strength in my legs. the moon. The sky. the salt from the ocean that sits on my warm skin. there are those who seek, but I […]

via Brahman — It Just Popped Into My Head