without it the universe 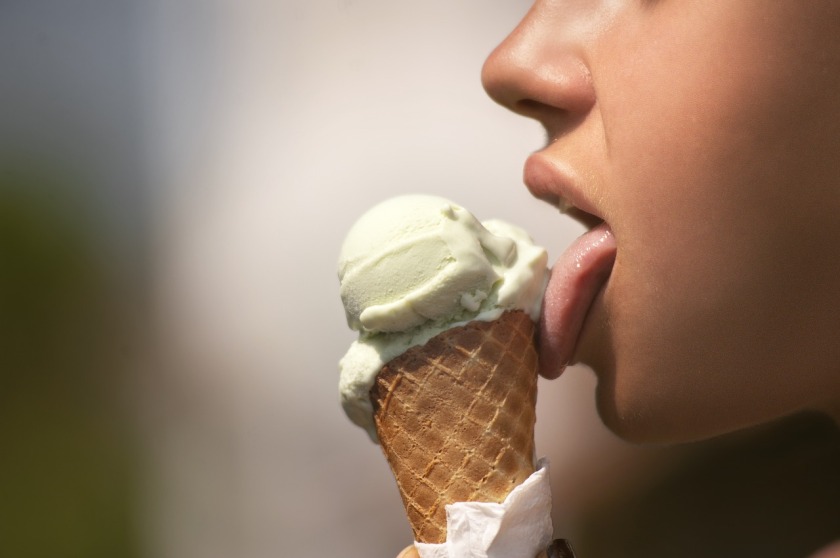 This is really gross

Yes, I have known people who

NOTE: I have also known people who use one sheet of toilet paper for each trip to the bathroom. 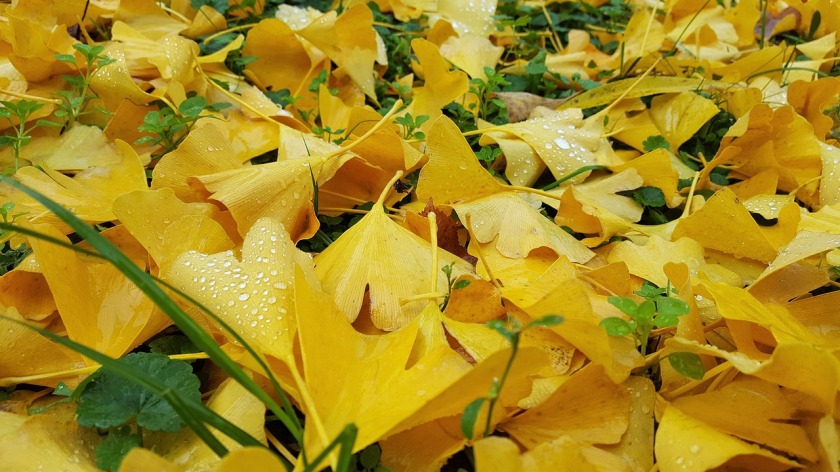 NOTE: “Ginkgo biloba, commonly known as ginkgo or gingko (both pronounced /ˈɡɪŋkoʊ/), also known as the ginkgo tree or the maidenhair tree, is the only living species in the division Ginkgophyta, all others being extinct. It is found in fossils dating back 270 million years. Native to China, the tree is widely cultivated, and was cultivated early in human history. It has various uses in traditional medicine and as a source of food. The genus name Ginkgo is regarded as a misspelling of the Japanese gin kyo, ‘silver apricot.’” — Wikipedia 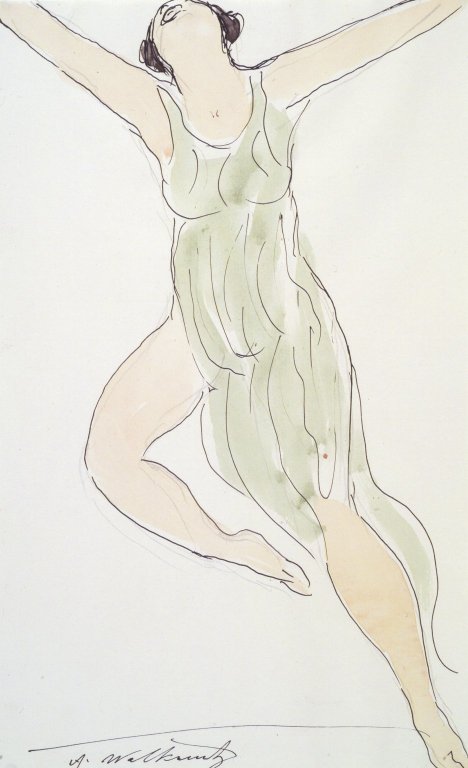 Abraham Walkowitz [No restrictions or Public domain], via Wikimedia Commons

Modern dance pioneer Isadora Duncan was also a pioneer in dance costuming. She often wore little more than a short, filmy tunic and left her legs and arms bare. In fact, many women of the time wore more clothing while swimming than Ms. Duncan danced in. Early in her career, she danced for upper-class ladies at teas and garden parties. At least once, some ladies left during her performances because they were scandalized by her lack of clothing. Late in her career, evangelist Billy Sunday complained, “That Bolshevik hussy doesn’t wear enough clothes to pad a crutch!”

Two women came to Rabbi Hirschele Orenstein of Brisk (Brest-Litovsk) with a dispute over a basket of clothing. The two women were neighbors, and each woman accused the other of taking clothing from her clothesline. The rabbi talked to the two women, but he was unable to tell which woman was lying. Therefore, he asked the women to leave the basket of disputed clothing with him, then leave and come back in an hour. While the women were gone, he asked his wife to mix some of her clothing with the clothing in the basket. When the two women returned in an hour, he did not tell the women what he had done, but he asked the first woman to go through the clothing and pick out what was hers. The woman quickly made two piles of clothing: one pile contained the clothing of the rabbi’s wife. The rabbi then asked the other woman to go through the clothing and pick out what was hers. This woman said, “It is all mine.” The rabbi replied, “In that case, none of it is yours.”

The Smothers Brothers Comedy Hour was one of the first television shows to engage in political satire—for which it was censored in the form of cancellation despite its popularity. One of the jokes that clean-cut comedians Tom and Dick Smothers made was about the leadership in this country during the Vietnam War. Tom pointed out, “There’s a theory of clothes and politics. There’s a definite correlation. You can tell who’s running the country by how much clothes people wear.” This does make sense. People without a lot of money can’t afford to buy a lot of clothing, and so they are the less-ons. And, as Tom Smothers pointed out, that means that the people running the country are the more-ons.

When soprano Joan Hammond was a child, an accident severely scarred her left arm, so she always wore long-sleeved clothing when she grew up. At a concert in Australia, she wore long sleeves, upsetting a woman in the audience who said, “Why does she wear them? So ugly and old-fashioned! It spoils an evening’s entertainment looking at them!” Unfortunately for the overly critical woman, Joan’s brother, Leo, was in the audience, and he told her about Joan’s childhood accident and resulting scars, then asked, “Do you come to a concert to criticise clothes or to listen to the music?”

Children’s book writer Phyllis Reynolds Naylor called her paternal grandmother Mammaw. In rural Mississippi, Mammaw would drive her car around on Sundays picking up children to take them to church. If a child’s parents objected that their child did not have clothes good enough for Sunday School, Mammaw would open the trunk of her car, rummage in a box for suitable clothing that would fit the child, dress the child, then put the child in the back seat with the rest of the church-going children.

Pianist Richard Goode was far from dressing with splendor, although at times he tried. He once ran the hot water in his bath in an attempt to steam wrinkles out of his tailcoat. Unfortunately, he forgot to stop the bathtub, and an hour later the ceiling of the apartment underneath his had collapsed. On another occasion, he put his newly washed white bow tie in a toaster oven so he could dry it. Unfortunately, he singed the bow tie, so he tried to cover up the singed places with talcum powder.

Ernestine Schumann-Heink had a problem when she first met Maurice Grau of the Metropolitan Opera Company—she did not have clothing fine enough for such an important meeting and such an important man. Fortunately, Lillian Nordica came to the rescue and lent her a silk dress—with a train—that made the necessary statement: The person wearing this dress is a prima donna. Later, Ms. Schumann-Heink embarrassed Ms. Nordica by thanking her publicly for the loan.

Mary Moody Emerson, the aunt of Ralph Waldo Emerson, once was visited by the mother of Henry David Thoreau, author of Walden. Cynthia Thoreau was wearing clothing with pink ribbons, and Mary Emerson shut her eyes while talking to her. Eventually, she asked Mrs. Thoreau if she would like to know the reason for the tightly closed eyes. Mrs. Thoreau said that she would, and Mary Emerson replied, “I don’t like to see a person of your age guilty of such levity in her dress.”

Over 30 years ago, William Goldman wrote a humorous fantasy titled The Princess Bride about true love. In it, a farm boy named Westley pursued his true beloved, named Buttercup, even coming back from the dead in order to rescue her from the bad guys. One of the great moments in Mr. Goldman’s life was seeing a young couple obviously in love wearing matching T-shirts that bore the legend “WESTLEY NEVER DIES.”

When Alicia Alonso was a little girl in Cuba attending ballet class while wearing tennis shoes—due to a shortage of ballet slippers—her teacher held up a small pair of ballet slippers and announced that they would be given to whichever student they fitted best. When young Alicia put on the slippers, they fit perfectly, and she rose to her feet, danced, and cried, “Look! Look! They fit!”

Artist Edna Hibel simply doesn’t care about clothing, preferring to wear her old, comfortable dresses. When she does buy a new dress, she let it hang in her closet for a year or two until she is used to it.

Now, God be thanked Who has matched us1 with His hour,
And caught our youth, and wakened us from sleeping,
With hand made sure, clear eye, and sharpened power,
To turn, as swimmers into cleanness leaping,
Glad from a world grown old and cold and weary,
Leave the sick hearts that honour could not move,
And half-men, and their dirty songs and dreary,
And all the little emptiness of love!2

Oh! we, who have known shame, we have found release3 there,
Where there’s no ill, no grief, but sleep has mending,
Naught broken save4 this body, lost but breath;
Nothing to shake the laughing heart’s long peace there
But only agony, and that has ending;
And the worst friend and enemy is but Death.

1 matched us – made us suitable to take part in these thrilling times
2 emptiness of love – Brooke was disillusioned with love. He had a stormy relationship with Katherine Cox which led to a nervous breakdown. Other relationships with young women were never lastingly satisfactory.
3 release  –  relief, a sense of freedom
4 save  –  except