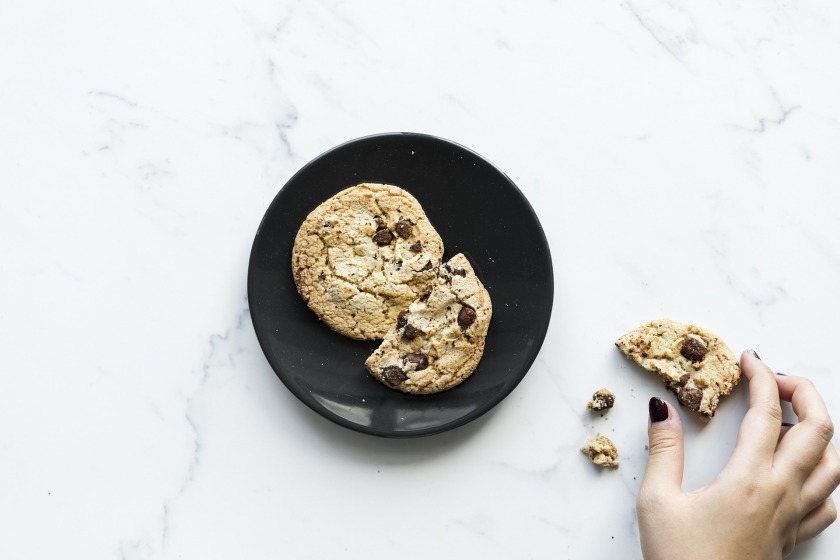 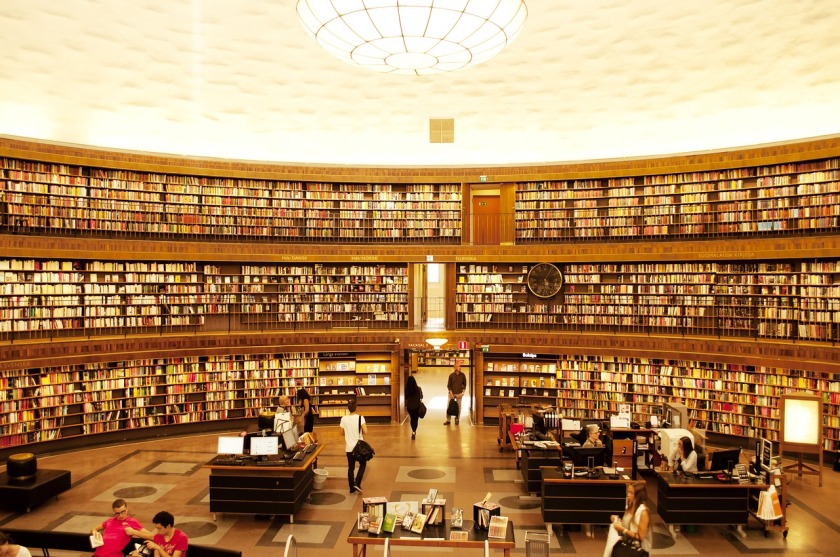 HIDEOUT DURING THE ZOMBIE APOCALYPSE

this is my hideout

the zombies are at the mall

they will not find me 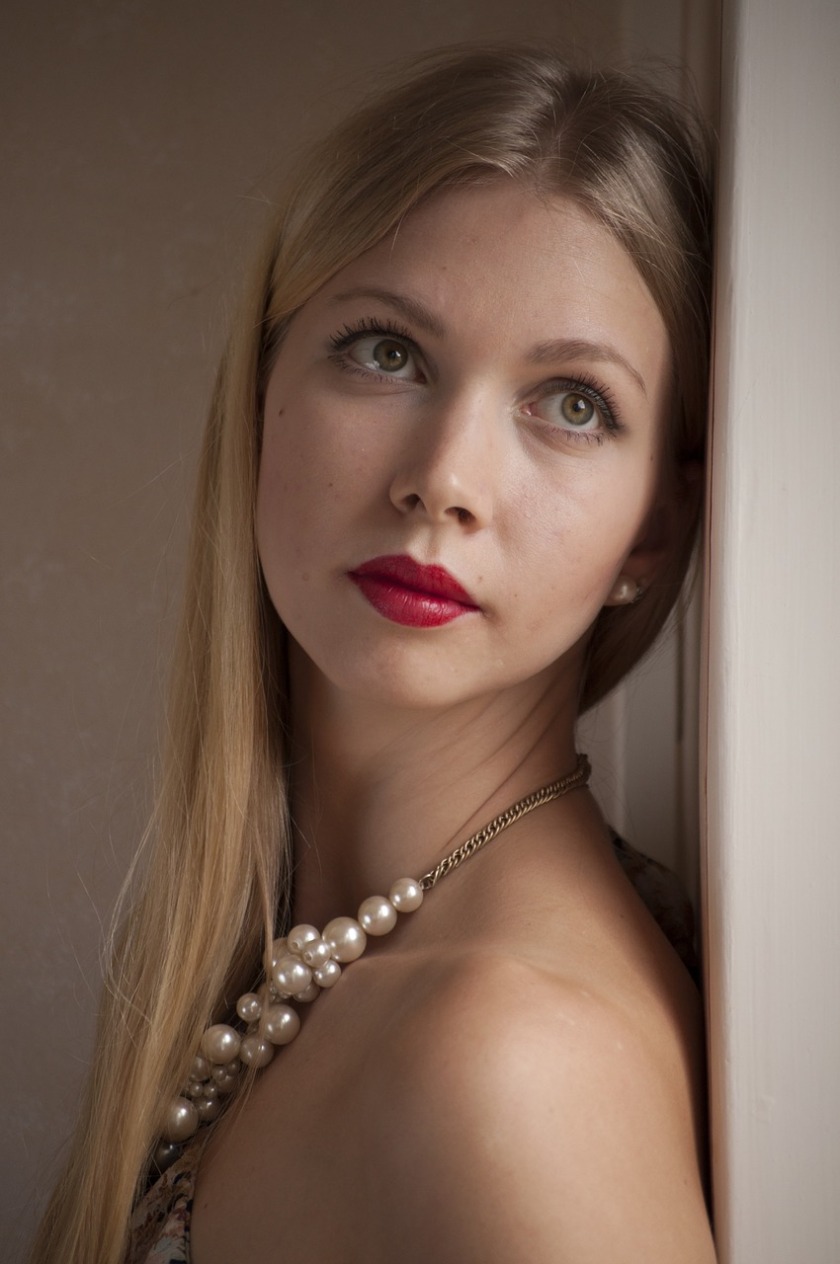 What can you say about them?

Hard to write about

NOTE: Really, unless you know the beautiful woman, what can you say other than, “She’s beautiful.” 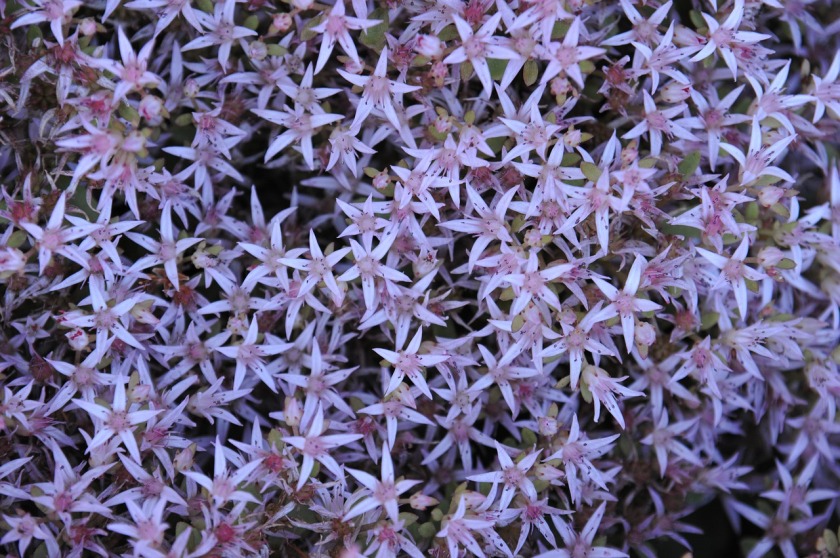 Are these fallen stars?

They no longer fill the sky

NOTE: These books are the first books of series and end in cliffhangers.

A LIFE WORTH FIGHTING 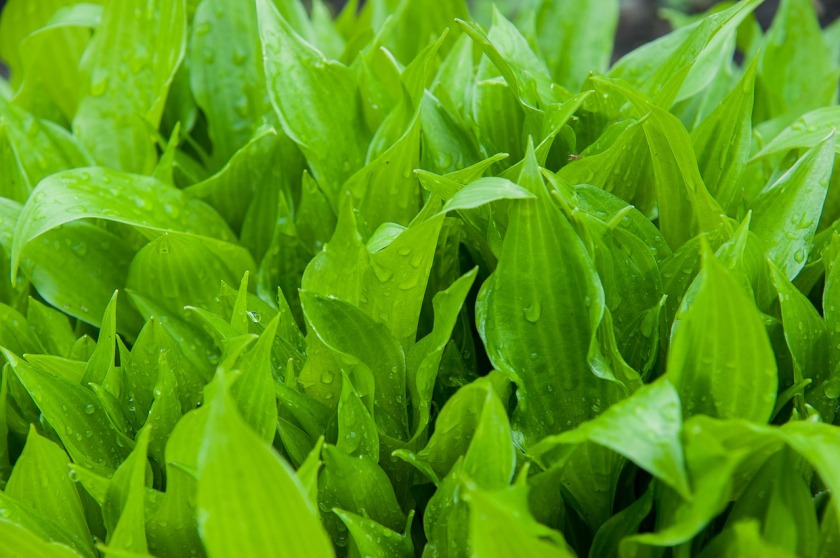 To the northern hemisphere 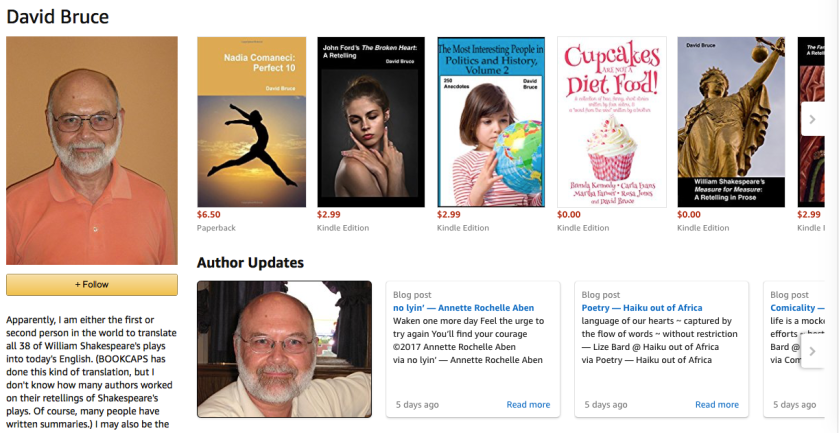 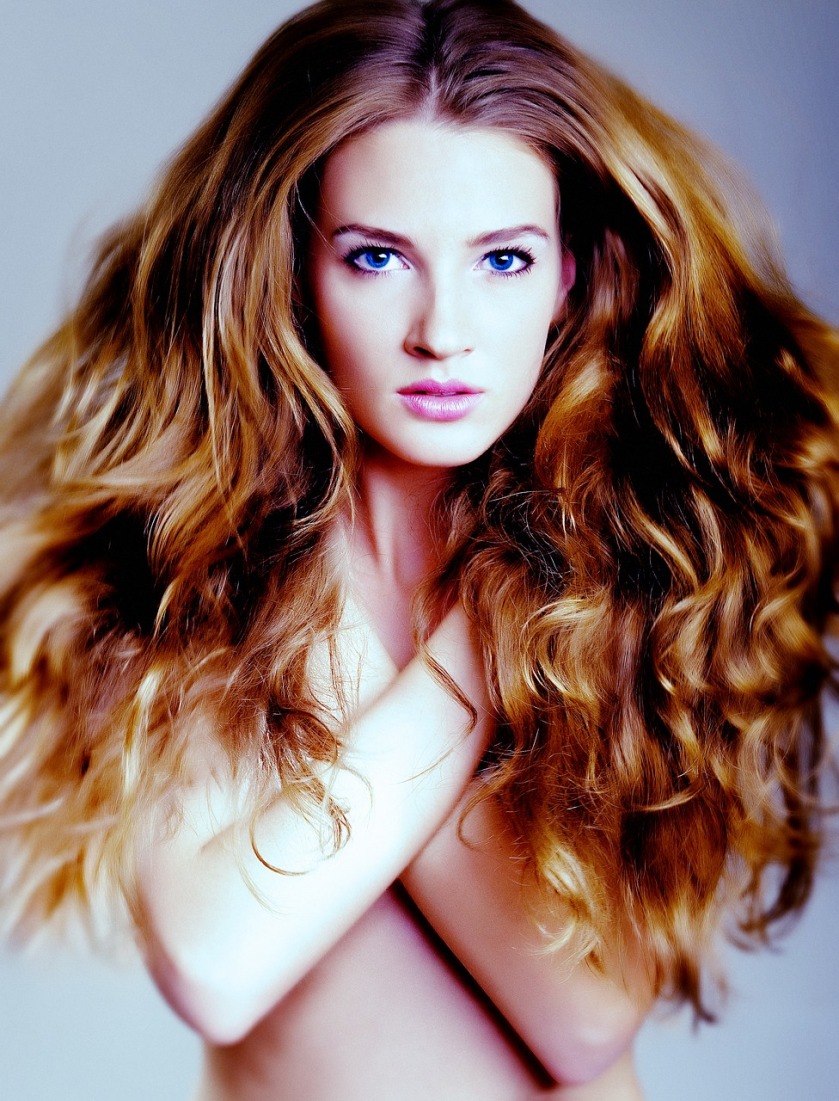 Got to keep nipples hidden

I was raised that way 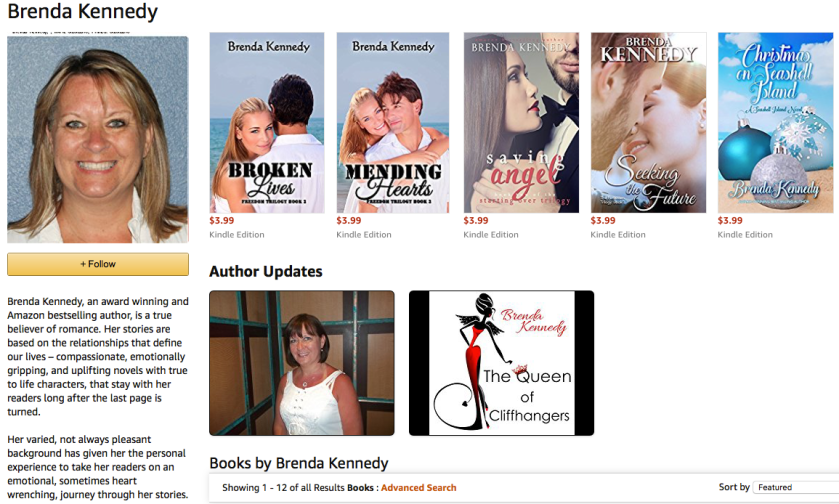 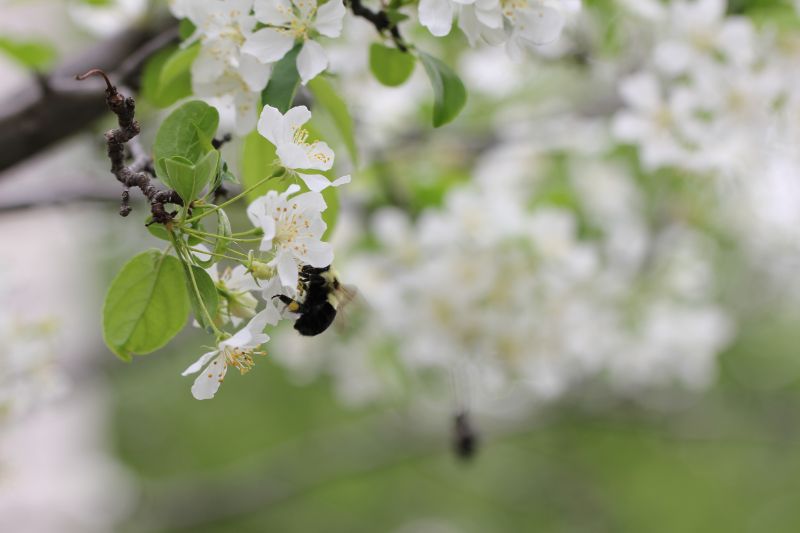 via A Cooing Haiku — TANYA CLIFF 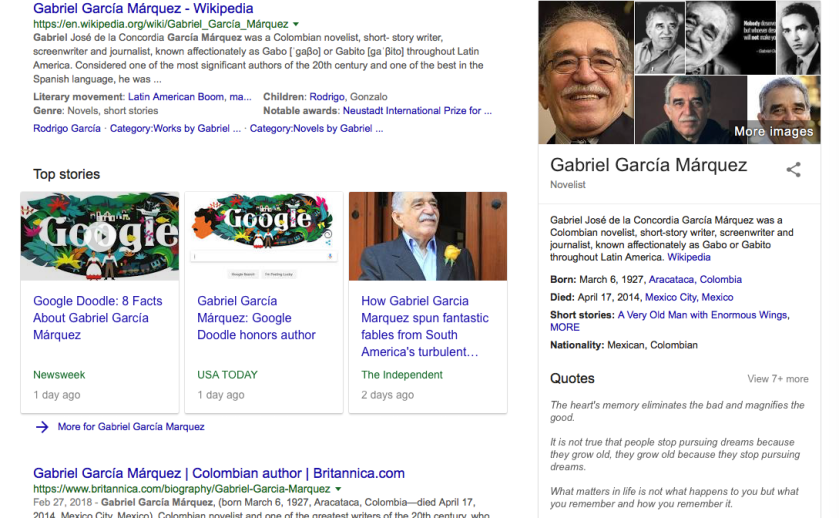 Gabriel García Marquez became famous for his novel One Hundred Years of Solitude, which told the story of the Columbian village Macondo. New York Times book critic John Leonard read the novel, then wrote, “The great American novel has been written by a Latin American.” And in the early 1970s, when Mr. Marquez visited Cuba, some peasants asked him what he did for a living. He replied that he had written a book titled Cien años de soledad. The peasants cried, “Macondo!”

For many years, Alistair Cooke lived in the United States and was famous in Great Britain because of his BBC radio program Letter from America and his articles in The Guardian. In fact, Susan, his own daughter, did not know that her father was famous. She found out when her family went to London on vacation, and the British maître d’ in a restaurant made a huge fuss over the recently knighted Sir Alistair Cooke. She was shocked, went into the ladies’ room, and thought, “What the heck!” Of course, Sir Alistair knew he was famous, and he learned how to deal with it. Sometimes someone would recognize him and say, “Aren’t you …?” He always replied, “That’s right. I’m Bob Hope.” One day, he said that to a woman, and the woman replied, “Isn’t that interesting? I’m Mrs. Bob Hope.” (She really was, and they both laughed.) By the way, Sir Alistair had high standards for language, both written and spoken. He seriously disliked for his daughters to say “um,” and Emma’s sister’s habit of saying “you know” drove him to yell, “I don’t know, I don’t know! That’s why you’re talking and I’m not, because you’re going to tell me something I don’t know!”

In 1959, Mel Brooks, before he became really famous, attended a wrap party at a restaurant for the movie Happy Anniversary, in which his friend Carl Reiner appeared. Also eating at the restaurant, across the room, was playwright Moss Hart, whom Mr. Brooks recognized. Mr. Brooks approached Mr. Hart, loudly saying, “Hello. You don’t know who I am. My name is Mel Brooks. Do you know who you are? Your name is Moss Hart. Do you know what you’ve written? You wrote Once in a Lifetime with George Kaufman and You Can’t Take It with You and The Man Who Came to Dinner. You wrote Lady in the Dark and you directed My Fair Lady.” Mr. Brooks continued naming all the things that Mr. Hart had accomplished during his life. Then he grew louder, “You should be arrogant! You have earned the right to be supercilious! WHY ARE YOU LETTING ME TALK TO YOU?”

For 50 years, actor Paul Newman and his actress wife Joanne Woodward lived in Westport, Connecticut. He blended in, and Westport residents respected his privacy. He ate at the Westport Pizzeria and took his grandsons trick-or-treating in town. Once, he climbed to the top of a stockade fence and yelled, “Hi, I’m Paul Newman, your neighbor. Seen my dog?” He did get involved in politics to a limited extent, campaigning for some candidates. Once, he even pretended to be a robo-call — a taped recording telephoned to many thousands of people — and telephoned several people just to see what would happen. What happened? People hung up — quickly.

Rock ’n’ roll pioneer Bo Diddley was never as famous as many other rock ’n’ roll pioneers. In part, this was a result of a bad decision he made in 1955, when he made his one-and-only appearance on The Ed Sullivan Show, a TV show that created stars long before American Idol. Mr. Sullivan wanted Bo Diddley to play a big hit by Tennessee Ernie Ford, “Sixteen Tons.” Mr. Diddley agreed, but when the cameras started broadcasting him on the show — live — he played the song “Bo Diddley” instead. Mr. Sullivan was not happy, and he never invited Mr. Diddley on his show again.

Some superstars enjoy fame. When silent-movie greats Douglas Fairbanks and Mary Pickford got married, they went to Europe for their honeymoon, where they were at first astonished by the mobs of people who recognized them. Therefore, they slipped away to Germany, where they were not nearly so well known. After a while, though, they decided to go back to where they had been mobbed. Ms. Pickford said to her new husband, “Let’s go someplace where we are known. I’ve had enough obscurity for a lifetime.”

Shirley Muldowney won the 1977 overall NHRA title, aka the Winston World Championship, although race-car driving is a field that is usually dominated by men. Of course, for that she got a lot of recognition. One of the highlights of her life occurred when she heard two truck drivers talking to each other on CB radio. One truck driver saw her as she drove to a racing competition and radioed the other truck driver to say, “Hey, look up on your left because history is driving by you right there.”

In 2005, British pop singer Natasha Bedingfield became famous as a result of her Top 40 songs “Unwritten” and “These Words (I Love You, I Love You).” But when did she know that she was really famous? Actually, in 2008. She needed to get into a building in New York that had very tight security. She had forgotten her passport, but she did have a copy of Rolling Stone. She says, “I just opened up my Rolling Stone and said, ‘See the person in white? That’s me!’ And they let me in.”

Scottish singer Paolo Nutini says, “It’s surprising what you find out about yourself when you become famous.” For example, when he was walking into a bar he heard a woman call his name, but he thought, “I’m not turning round.” She called his name again, but he thought, “Nope, I’m going to keep walking.” He then heard the woman say to a friend of hers, “It’s not him anyway — he’s not got that big an arse.”

Jazz drummer Max Roach was not always recognized in the United States, including the Harlem restaurant Sylvia’s, where he regularly dined. Once, some Japanese tourists recognized him in Sylvia’s and gave him a standing ovation. Seeing and hearing this, another Sylvia’s regular customer said to him, “I didn’t know you were somebody!”

Nudes—stark and glistening,
Yelling in lurid glee. Grinning faces
And raging limbs
Whirl over the floor one fire.
For a shirt verminously busy
Yon soldier tore from his throat, with oaths
Godhead might shrink at, but not the lice.
And soon the shirt was aflare
Over the candle he’d lit while we lay.
Then we all sprang up and stript
To hunt the verminous brood.
Soon like a demons’ pantomime
The place was raging.
See the silhouettes agape,
See the gibbering shadows
Mixed with the battled arms on the wall.
See gargantuan hooked fingers
Pluck in supreme flesh
To smutch supreme littleness.
See the merry limbs in hot Highland fling
Because some wizard vermin
Charmed from the quiet this revel
When our ears were half lulled
By the dark music
Blown from Sleep’s trumpet.
***

My candle burns at both ends;

It will not last the night;

It gives a lovely light!