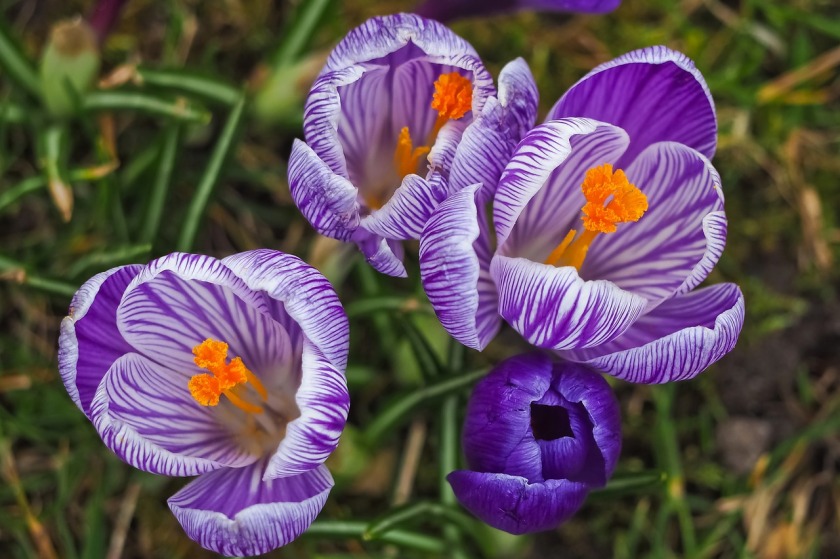 All around and unhidden

Seek and you shall find

Neave “Puddles” Brayshaw was a beloved teacher at Bootham School, a school for Quakers. The pupils there told this story about Puddles: Mr. Brayshaw died and appeared before the Pearly Gates leading to Heaven. St. Peter looked for the name of “Neave Brayshaw” in the Book of Life, but he could not find it, so he asked Mr. Brayshaw if he had another name. Mr. Brayshaw replied, “The laddies call me ‘Puddles.’” St. Peter exclaimed, “Puddles! Come in at once. We’ve been expecting you.”

Zen master Busshin was once asked by a monk, “Do heaven and hell exist?” Busshin answered, “No.” Overhearing Busshin, some samurai, who were generous benefactors of the temple and who were amazed by his answer, asked him the same question: “Do heaven and hell exist?” This time Busshin answered, “Yes.” The samurai then asked Busshin why he was being contradictory. Busshin replied, “If I tell you there’s neither heaven nor hell, where would the alms come from?”

Occasionally, a newspaper makes a mistake — even the London Times. Lord Bessborough had died, but unfortunately the Times printed the obituary of Lord Desborough. That morning, the telephone rang at the Times, and a young employee named John Lawrence answered it. The voice on the telephone said, “Lord Desborough speaking. Look here, you’ve printed my obituary in the Times this morning!” Mr. Lawrence asked, “And where are you speaking from now, your Lordship?”

Some of the children of Texas preacher Edwin Porter thought about digging through the Earth to China, but decided against it because they were afraid that while digging to China they might inadvertently dig into Hell. Soon after, a missionary from China preached at their church, and during the question-and-answer period one of the preacher’s sons, Gilderoy, spoke up, “I’d like to ask you a question. Did you have to go through Hell to get to China?”

According to a traditional story, a rabbi once asked the prophet Elijah to look over a crowd and point out those people who were destined for Paradise. Elijah did so and picked out two jesters. Because the jesters were not noted for being religious, the rabbi asked why they were destined for Paradise. Elijah replied that the job of a jester is to bring laughter to people who were hurting, and this job made them worthy of a place in Paradise.

A man once asked R’ Pinchas of Koretz whether he would have a chance to enter the Garden of Eden, adding that in this life he had to work very hard but had nothing to show for it. R’ Pinchas asked if the man set aside time each day for studying the Torah, but the man replied that he did not. R’ Pinchas then said, “If in this world, where you labor and work so hard, you have nothing, then what do you expect to receive in the Garden of Eden, for which you are doing nothing?”

George Balanchine once choreographed the Faust legend with a cast of one man and 23 women — the women all had long, loose hair and long, loose legs. The final scene, with the entire cast on stage, was pretty raucous, leading one male observer to say, “If that’s Hell, I want to go there.”

Art Bray once performed the funeral of a woman who died during the wintertime. The next summer, during a heat wave, he ran into the woman’s daughter and without thinking, asked, “How is your mother standing the heat?” Shocked, the woman’s daughter asked, “Oh, Pastor, is that where you think she went?”

The missionary family of Patrick Jenkins was drinking tea when a large beetle flew through the room, buzzing loudly. Startled, the mother of the family screamed, which upset her daughter, who said, “For heaven’s sake, Mom!” The mother replied, “That’s the only reason I’m here.”

When Diamond Jim Wilson, who had been a fire chief as well as a bar proprietor in Nome, Alaska, died, a large paper wreath decorated his tombstone. Perhaps a different inscription should have been chosen, for the wreath bore the words, “Gone to his last fire.”

A bossy old lady who had accomplished many things in her life died. St. Peter met her at the Pearly Gates and asked, “Why do you want to be in Heaven?” The bossy old lady answered, “I like to be where I am needed.” St. Peter answered, “But you are not needed here.”

Agnellus Andrew used to act as a consultant on Catholic affairs for the BBC. Once BBC TV producer Hugh Burnett asked him how he could get the official Catholic view concerning heaven and hell. Mr. Andrew sent him a one-word memo: “Die.”

When Calvin Coolidge was Governor of Massachusetts, a couple of state legislators got into an argument, and one legislator told the other to go to Hell. The insulted legislator complained to Governor Coolidge, who told him, “I’ve looked up the law, and you don’t have to go there.”

Pope John XXIII once addressed a group of French paratroopers, saying, “At the same time that you are eager to remember how to come down from the heavens, I should very much like you not to forget how to get back up.”

A Soviet Communist asked a Catholic why people believed in the Catholic Heaven but not in the Communist Heaven. The Catholic thought a moment, then replied, “Because we don’t show them our Heaven.”

Father Bob Perella once said, “Since I believe in the Bible, I’m sure there’s a Hell. But I believe in God’s mercy — and therefore I’m sure it’s empty.”

According to Fred W. Sanford of Schaumburg, Illinois, one advantage of going to Heaven is, “You can begin the Lord’s Prayer by saying, ‘Our Father, who art here ….’”

This sign once appeared in front of the Emanuel Baptist Church in Waco, Texas: “Welcome to Eternity — Smoking or Non-Smoking?”

A church once posted this message on its signboard out front: “We’re going to heaven someday. If you need a ride, give us a call.”

He’s gone, and all our plans
Are useless indeed.
We’ll walk no more on Cotswold
Where the sheep feed
Quietly and take no heed.
His body that was so quick
Is not as you
Knew it, on Severn river
Under the blue
Driving our small boat through.
You would not know him now …
But still he died
Nobly, so cover him over
With violets of pride
Purple from Severn side.
Cover him, cover him soon!
And with thick-set
Masses of memoried flowers—
Hide that red wet
Thing I must somehow forget.
***