Poems, books no one wants to read

Not what I wanted 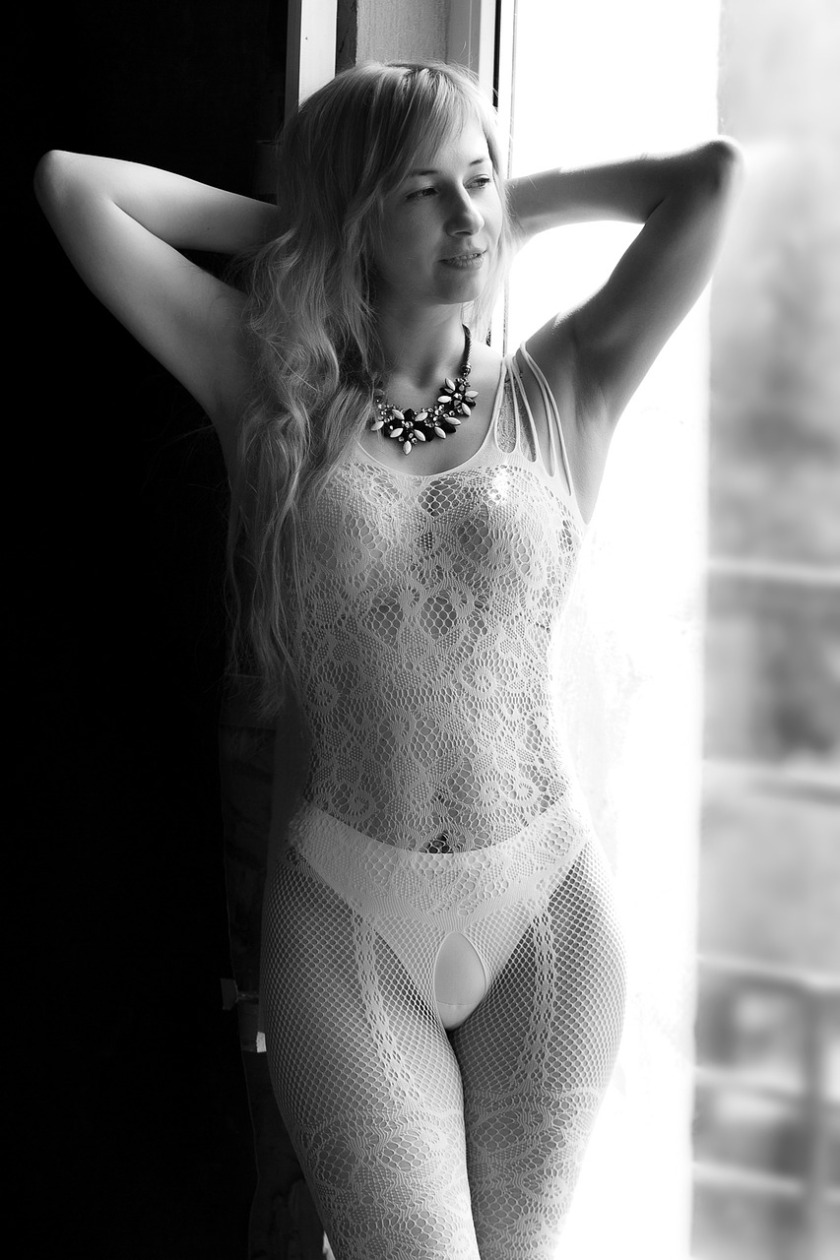 Not a true problem for and

Spring: many people walk it

In a room in Cymbeline’s palace stood King Cymbeline, some lords, Pisanio, and some attendants. The Queen was not present because she was very ill.

Cymbeline ordered an attendant, “Go again to the Queen, and bring me word how she is.”

Cymbeline said, “The Queen has a fever because of the absence of her son. The fever is a result of madness, and her life’s in danger. Heavens, how deeply all at once you wound me with many cares! Imogen, who is a great part of my comfort and happiness, is gone. My Queen is desperately ill in bed. And at a time when I face fearful wars and her son is much needed, he is gone. These blows take from me all hope of happiness.”

He then said to Pisanio, “But as for you, fellow, who necessarily must know of Imogen’s departure although you pretend that you are ignorant of it, we’ll force you to give us information by using sharp, painful torture.”

“Sir, my life is yours,” Pisanio replied. “I humbly set it before you to do with as you will, but as for my mistress, I know nothing about where she is, why she is gone, or when she intends to return to the court. I beg your Highness to regard me as your loyal servant.”

The first lord said, “My good liege, the day that Imogen was missed, Pisanio was here. I dare to vouch that he is loyal and shall perform all points of his service to you loyally. As for Cloten, we lack no diligence in seeking for him, and he will, no doubt, be found.”

“These times are troubled,” Cymbeline said.

He said to Pisanio, “We’ll allow you to be free for a while, but our suspicions still hang over you.”

“So please your majesty,” the first lord said, “the Roman legions, all drawn from France, have landed on your coast, with a supply of Roman gentlemen sent by the Roman Senate.”

“Now I wish I had the counsel of my son and my Queen!” Cymbeline said. “I am bewildered by so many important matters.”

“I thank you,” Cymbeline said. “Let’s withdraw and meet the time as it seeks us. We don’t fear what comes from Italy to annoy us, but we grieve because of the other events that have happened here. Let’s go.”

Everyone except Pisanio exited.

Pisanio said to himself, “I have received no letter from my master, Posthumus, since I wrote him that Imogen was slain — it is strange. Nor have I heard from Imogen, who promised to often send me news. Neither do I know what has happened to Cloten. I remain perplexed and in doubt about everything. The Heavens still must do their work and bring all to a good conclusion.

“When I am false, I am honest; I am not true because I can’t be true if I want to be true. I lie so that I can serve Posthumus and Imogen honestly and truly and faithfully. My service in this present war shall show that I love my country, bringing me recognition even from the King, or I’ll fall in the war.

“Let all other doubts be cleared by time. Fortune brings in some boats that are not steered.

“I can’t resolve all doubts by myself; fortunately, in time some boats, even though they lack a pilot, make it safely into the harbor.”

Guiderius (Polydore) said, “The noise of soldiers preparing for war is all around us.”

“Let’s get away from it,” Belarius (Morgan) said.

“What pleasure, sir, shall we find in life, if we lock life up and keep it away from action and adventure?” Arviragus (Cadwal) asked.

Guiderius (Polydore) added, “And what are we are hoping for by hiding ourselves? If we hide, the Romans will find us and either slay us because we are Britons, or they will believe that we are barbarous and unnatural rebels whom they can use for a while and then slay afterward.”

“Sons,” Belarius (Morgan) said, “we’ll go higher in the mountains; there we will safely hide ourselves. We can’t go and join the King’s party. Because of Cloten’s death — since we are not known to the King, and are not mustered among his forces — we may be forced to say where we have lived, and so they may extort from us the information that we have killed Cloten, and his death will result in our torture and death.”

“Sir, this fear in you at such a time does not become you, nor does it make us happy,” Guiderius (Polydore) said.

“It is not likely that when the British forces hear the Roman horses neigh, see the fires in the Romans’ camps, and have their eyes and their ears so crammed with important matters as they are now, that they will waste their time on us and want to know from whence we have come,” Arviragus (Cadwal) said.

“I am known by many people in the army,” Belarius (Morgan) said. “The last time I saw Cloten he was then young, but the many years that have passed did not erase him from my memory, as you have seen. And, besides, the King has not deserved my service or your respect. You have found in sharing my exile a lack of education and proper training as well as the certainty of this hard life. You cannot hope to have the courtly style that your birth as my sons in the court promised you; instead, you will always be the tanned ones of the hot summer and the shrinking, shivering slaves of winter.”

“It would be better not to exist than to be that,” Guiderius (Polydore) said. “Please, sir, my brother and I are not known to the army. You, yourself, will not be questioned because you have been away so long that they no longer think about you. Also, your white hair and beard have so grown that they will not recognize you.”

“By this Sun that shines,” Arviragus (Cadwal) said, “I’ll go and join the British soldiers. How shameful it is that I have never seen a man die! I have scarcely ever looked at blood, except that of coward hares, lecherous goats, and venison! I have never bestrode a horse, except one that had a rider like myself, who never wore a roweled spur or iron on his heel! I am ashamed to look upon the holy Sun, to have the benefit of the Sun’s blest beams, because I have remained for so long a poor man with no reputation.”

“By the Heavens, I’ll go,” Guiderius (Polydore) said. “If you will bless me, sir, and give me permission to leave, things will be better for me, but if you will not bless me, then let the danger that arises from being unblessed by you fall on me by the hands of the Romans!”

“Since you set so slight a value on your lives, there is no reason why I should take more care of my cracked — wrinkled — life,” Belarius (Morgan) said. “I am ready to go with you, boys! If you chance to die in your country’s wars, a grave will be my bed, too, lads, and there I’ll lie. Lead on! Lead on!”

He thought, The time seems long; their blood thinks scorn, until it flies out and shows them to be Princes born. The time has come. They will scorn themselves until they are able to prove that they are true Princes.

I WAS not beloved of the villagers,
But all because I spoke my mind,
And met those who transgressed against me
With plain remonstrance, hiding nor nurturing
Nor secret griefs nor grudges.
That act of the Spartan boy is greatly praised,
Who hid the wolf under his cloak,
Letting it devour him, uncomplainingly.
It is braver, I think, to snatch the wolf forth
And fight him openly, even in the street,
Amid dust and howls of pain.
The tongue may be an unruly member—
But silence poisons the soul.
Berate me who will—I am content.

The Tao gives birth to all of creation.

The virtue of Tao in nature nurtures them,

and their families give them their form.

Their environment then shapes them into completion.

That is why every creature honors the Tao and its virtue.

No one tells them to honor the Tao and its virtue,

it happens all by itself.

So the Tao gives them birth,

and its virtue cultivates them,

gives them a place of refuge and peace,

helps them to grow and shelters them.

It gives them life without wanting to posses them,

and cares for them expecting nothing in return.

It is their master, but it does not seek to dominate them.

This is called the dark and mysterious virtue.

It happened that a Fisher, after fishing all day, caught only a little fish. ‘Pray, let me go, master,’ said the Fish. ‘I am much too small for your eating just now. If you put me back into the river I shall soon grow, then you can make a fine meal o me.’

‘Nay, nay, my little Fish,’ said the Fisher, ‘I have you now. I may not catch you hereafter.’

A little thing in hand is worth more than a great thing in prospect.

HOW TO MANAGE YOUR MONEY: A GUIDE FOR THE NON-RICH (Free Download)