A soothing sound as I drift

I hope all of you have a pleasant beginning or ending to your day.

She Brought Joy
Into My Life
Everyday
And Because Of Her 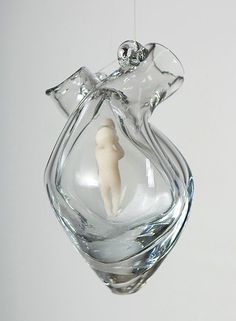 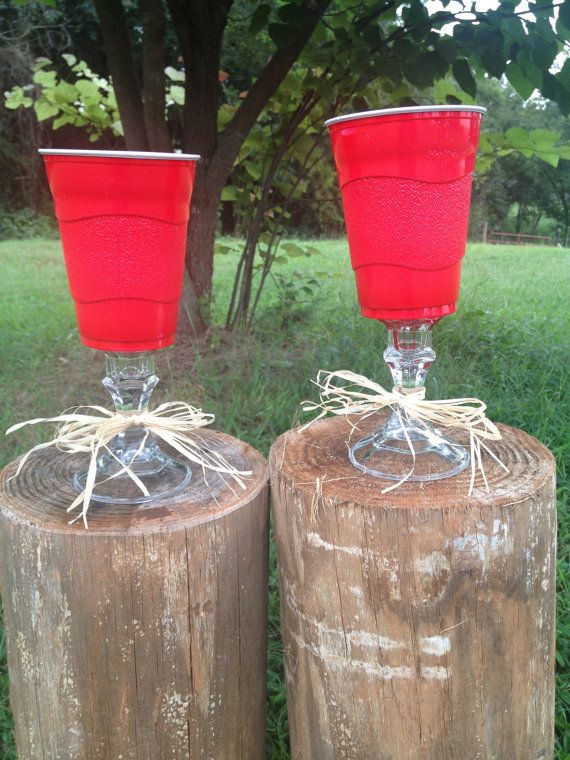 “None of my cases are morally reprehensible. I believe that all my clients are legally innocent until proven guilty, and I represent each to the best of my ability. Even in cases where the client has confessed.

“The reason I do this is to hold the prosecutors, police, and judges accountable. If the system can convict without evidence or violate the rights of a guilty person, it isn’t much of a stretch for them to convict or violate the rights of an innocent person. Thus, if the prosecutor doesn’t have enough evidence to secure a conviction, I will fight hard to get the case reduced or dismissed. If the police illegally searched or coerced a confession, I will work to get evidence dismissed. If they did everything right, I will fight hard for an appropriate and fair sentence.

“If it makes you feel better, remember that I’m not just doing this to protect the rights of rapists and murderers; by protecting their rights, I am protecting yours as well.”

Put the pieces together

A crop of tulips

Should I oppose this?

All will be well for all will

NOTE: God is merciful and omnibenevolent: He is an all-loving God. We have a hard time understanding eternal punishment. Interestingly, some Christian mystics, including Julian of Norwich, and some Christian theologians, including Origen, believe in apocatastasis. They believe that all will be well for everybody in the end. In other words, everybody will make it to Paradise in the end. The word “apocatastasis” means an upset verdict — someone may have been sentenced to eternal damnation, but if that verdict is upset, then that person will make it to Paradise.If everyone, including the worst sinners of all time, eventually makes it to Paradise, it would be a triumph for Unconditional Love. Please note, however, that apocatastasis is not mentioned in The Divine Comedy.

The Earl of Warwick, the Mayor of Coventry, two messengers, and some others stood upon the walls of Coventry.

The Earl of Warwick asked, “Where is the messenger who came from the valiant Earl of Oxford? How far away is your lord, my honest fellow?”

The first messenger replied, “By this time, he is at Dunsmore, marching to here.”

The Earl of Warwick then asked, “How far away is our brother the Marquess of Montague? Where is the messenger who came from Montague?”

The second messenger replied, “By this time, he is at Daintry, with a powerful troop of soldiers.”

The Earl of Warwick asked, “Tell me, Somerville, what says my loving son-in-law? And, by your guess, how near is Duke George of Clarence now?”

Sir John Somerville replied, “At Southam I left Duke George of Clarence with his forces, and I expect him to be here some two hours from now.”

They heard the sound of a drum.

The Earl of Warwick said, “Clarence is at hand. I hear his drum.”

“It is not his, my lord,” Sir John Somerville said. He pointed and said, “In this direction Southam lies. The drum your honor hears is marching from Warwick.”

The Earl of Warwick said, “Who would they be? Probably, unlooked-for friends.”

Sir John Somerville said, “They are at hand, and you shall quickly know who they are.”

King Edward IV ordered, “Go, trumpeter, to the walls, and sound a parley.”

Duke Richard of Gloucester said, “See how the surly Warwick mans the wall!”

The Earl of Warwick said, “Oh, unbidden, spiteful annoyance! Has lascivious Edward IV come? Where did our scouts sleep, or how were they seduced, that we could hear no news of Edward IV’s coming here?”

King Edward IV said, “Now, Warwick, will you open the city gates, speak gentle words and humbly bend your knee, call me your King, and at my hands beg mercy? If you do, we shall pardon you these outrages.”

“No,” the Earl of Warwick said. “Rather, will you withdraw your forces from here, confess who set you up and plucked you down, call Warwick your patron, and be penitent? If you do, you shall continue to be the Duke of York.”

Duke Richard of Gloucester joked, “I thought, at least, he would have said, ‘You shall continue to be the King,’ or is he jesting against his will?”

“Is not a Dukedom, sir, a goodly gift?” the Earl of Warwick asked.

Duke Richard of Gloucester replied, “Yes, by my faith, for a poor Earl to give.”

Duke Richard of Gloucester continued, sarcastically, “I’ll serve you for so good a gift.”

The Earl of Warwick said, “It was I who gave the Kingdom to your brother.”

“Why, then it is mine, if only by Warwick’s gift,” King Edward IV said.

“You are no Atlas for so great a weight,” the Earl of Warwick said.

Atlas is the mythological Titan who holds up the sky on his shoulders.

The Earl of Warwick continued, “And, you weakling, Warwick takes his gift back again. Henry VI is my King, and Warwick is his subject.”

King Edward IV said, “But Warwick’s King Henry VI is Edward IV’s prisoner. And, gallant Warwick, just answer this: What is the body when the head is off?”

“It’s a pity that Warwick had no more foresight,” Duke Richard of Gloucester said. “While he thought to steal the poor, feeble ten, the King was slyly stolen from the deck of cards!”

A ten is not a court card; court cards are the Jack, Queen, and King. Duke Richard of Gloucester was saying that when the Earl of Warwick was rescuing Henry VI from captivity, he was not rescuing a legitimate member of the royal court.

He continued, “You left poor Henry VI at the Bishop’s Palace, and, ten to one, you’ll meet him in the Tower of London.”

“All this is true,” King Edward IV said, “yet you are still the same old Warwick. This news will not change your opposition to me.”

Duke Richard of Gloucester said, “Come, Warwick, adjust yourself to the time; kneel down, kneel down. No? If not now, when? Strike now, or else the iron cools.”

“Strike” could mean 1) Strike a blow, or 2) Strike — lower — your topsail in deference or in surrender. Richard wanted Warwick to take action quickly.

The Earl of Warwick raised his hand and replied, “I would rather chop this hand off at a blow, and with the other hand fling it at your face, than bear so low a sail as to strike and lower my topsail to you.”

King Edward IV raised his hand and said, “Sail however you can, have wind and tide as your friends, this hand, fast wound about your coal-black hair shall, while your head is warm and newly cut off, write in the dust this sentence with your blood, ‘Changing-with-the-wind Warwick now can change sides no more.’”

The Earl of Oxford arrived with a drummer and his colors — battle flags — and his army.

The Earl of Oxford cried, “Oxford, Oxford, for the House of Lancaster!”

He and his army entered the city of Coventry.

Duke Richard of Gloucester said, “The gates are open; let us enter, too.”

King Edward replied, “If we do that, other foes may attack our backs. Instead, we will stand here in good array, for they no doubt will issue out again and challenge us to battle them. If they don’t, since the city has only a weak defense, we’ll quickly rouse the traitors out of their den.”

The Earl of Warwick said, “You are welcome, Oxford, for we need your help.”

The Marquess of Montague arrived with his troops, drummer, and battle flags.

He cried, “Montague, Montague, for the House of Lancaster!”

He and his troops entered the city.

Duke Richard of Gloucester said, “You and your brother both shall pay for this treason even with the dearest blood your bodies bear.”

King Edward IV said, “The more powerful the enemies, the greater the victory. My mind foretells happy gain and conquest.”

The Duke of Somerset arrived with his troops, drummer, and battle flags.

He cried, “Somerset, Somerset, for the House of Lancaster!”

He and his troops entered the city.

Duke Richard of Gloucester said, “Two of your name, both of them Dukes of Somerset, have lost their lives to the House of York, and you shall be the third if my sword continues to hold its edge.”

Duke George of Clarence arrived with his troops, drummer, and battle flags.

The Earl of Warwick said, “Look where George of Clarence sweeps along with forces enough to challenge his brother to battle; with George of Clarence, an upright zeal for justice prevails more than the nature of a brother’s love!”

Duke George of Clarence said, “Clarence for the House of Lancaster!”

“Et tu, Brute?” is Latin for “You, too, Brutus?” Julius Caesar said these words to Brutus, whom he thought was his friend, when Brutus, with many other Romans, stabbed him to death.

The trumpet sounded, requesting a parley.

Duke Richard of Gloucester and Duke George of Clarence talked together.

Duke George of Clarence replied, “Father-in-law Warwick, do you know what this means?”

He continued, “Look here, I throw my infamy at you. I will not ruin my father’s House — his family — by giving blood to cement the stones together and set up Lancaster.

“Do you think, Warwick, that Clarence is so harsh, so blunt, and so unnatural as to bend the fatal instruments of war against his brother and his lawful King?

“Perhaps you will raise as an objection my holy oath. To keep that oath would be more impious than Jephthah keeping his oath, when he sacrificed his daughter.”

“30 And Jephthah vowed a vow unto the Lord, and said, If thou shalt deliver the children of Ammon into mine hands,

“31 Then that thing that cometh out of the doors of mine house to meet me, when I come home in peace from the children of Ammon, shall be the Lord’s, and I will offer it for a burnt offering.

“32 And so Jephthah went unto the children of Ammon to fight against them, and the Lord delivered them into his hands.

“33 And he smote them from Aroer even till thou come to Minnith, twenty cities, and so forth to Abel of the vineyards, with an exceeding great slaughter. Thus the children of Ammon were humbled before the children of Israel.

“34 Now when Jephthah came to Mizpah unto his house, behold, his daughter came out to meet him with timbrels and dances, which was his only child: he had none other son, nor daughter.”

Duke George of Clarence continued, “I am so sorry for the trespass I made that, to deserve well at my brother’s hands, I here proclaim myself your mortal foe, and I resolve that wherever I meet you — and I will meet you, if you stir abroad — to plague you for foully misleading me.

“And so, proud-hearted Warwick, I defy you, and to my brother I turn my blushing cheeks.

“Pardon me, Edward. I will make amends.

“And, Richard, do not frown upon my faults, for I will henceforth be no more inconstant and disloyal.”

King Edward IV said to him, “Now you are more welcome, and ten times more beloved, than if you had never deserved our hate.”

The Earl of Warwick said, “Oh, unsurpassed traitor; you are perjured and unjust!”

King Edward IV said, “Warwick, will you leave the town and fight? Or shall we beat the stones about your ears?”

The Earl of Warwick said, “Unfortunately for you, I am not cooped up here for defense! I will leave and go towards Barnet immediately, and I challenge you to battle me there, Edward, if you dare.”

“Lords, let’s go to the battlefield! Saint George and victory!”