I believe if you

fall off a horse,

take a look around

there is to do on a ranch.

I own the world’s foremost collection of

who are damn tired

of customers always walking off 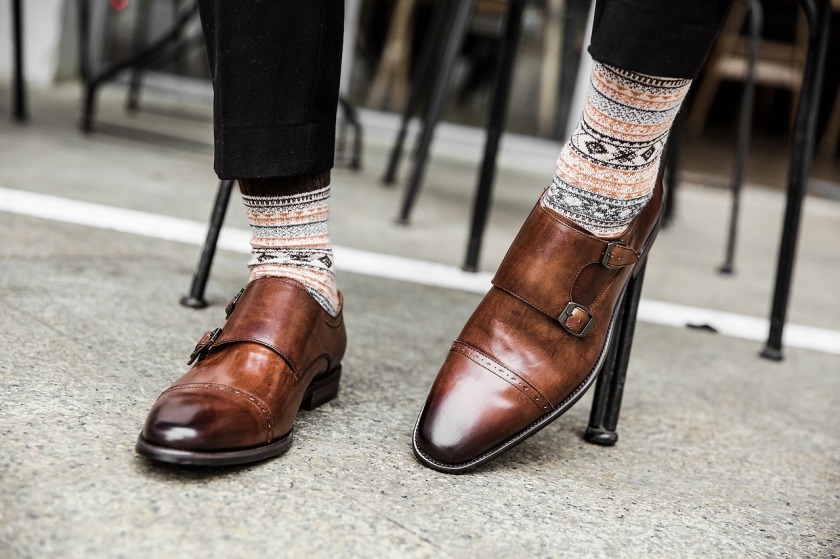 FOOTWEAR OF THE RICH

Footwear of the rich

NOTE: Seriously, it’s good to pay the money necessary to get good footwear. Leaky shoes and wet socks make no one happy. 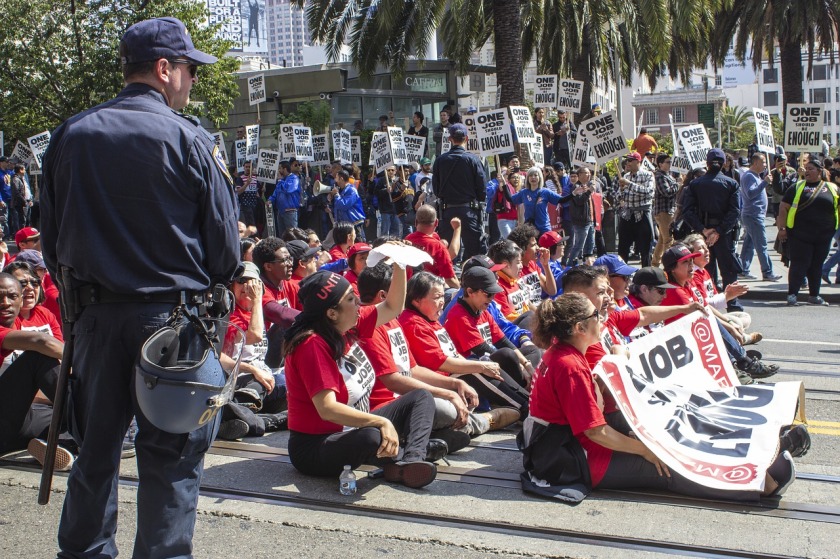 ONE JOB OUGHT TO BE ENOUGH

— One job ought to be enough — 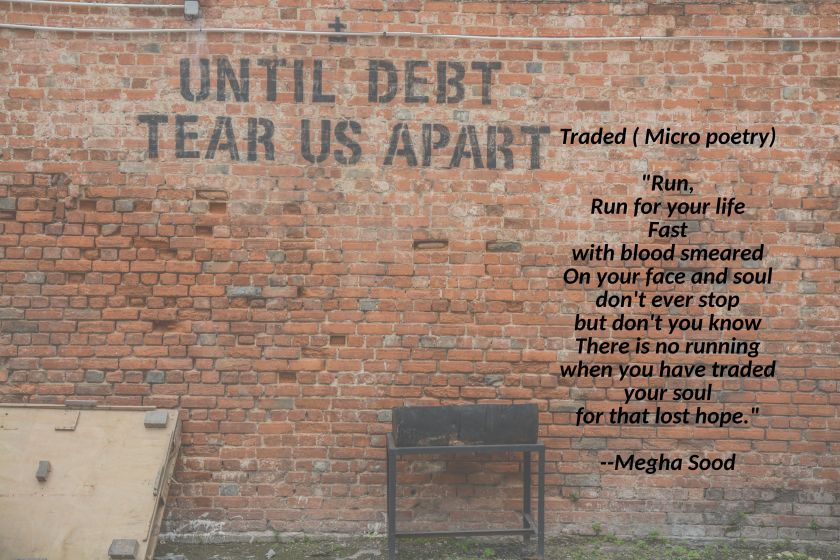 Ben Hecht once went to see a talented fighter named Al Singer, whose opponent was a fighter of little talent named Kid McGirk. During the fight, Mr. Singer kept battering Kid McGirk, but never managed to knock him out. Kid McGirk was clearly outclassed, and the crowd knew it—they kept booing him throughout the fight. After the fight, the referee told the audience that Kid McGirk wanted to speak to them. Kid McGirk began, “Ladies and Gentlemen,” and the crowd booed. He continued: “I wanna tell you that I got an announcement to make. That tonight was my last fight.” The crowd kept on booing. Kid McGirk then said, “I’m glad you liked my fight tonight b’cuz it’s my last fight, see? I’ve had a wonderful time fighting for you people and I’ve always appreciated it.” As Kid McGirk spoke, the booing slowly diminished in intensity. He then said, “So I wish t’ take his occasion t’ t’ank you for having been such a fine public and having been so good to me.” At this point, the booing had completely stopped. Kid McGirk then ended with, “I have only the memories of the finest time to take back home with me and I want to thank the public for everything they done for me.” Now, cheering began. The entire audience began to applaud and cheer for this outclassed fighter whom they had been booing earlier. Al Singer had failed to knock Kid McGirk out, and so had the audience.

Theodore Thomas was not afraid of audiences. He once gave a concert during which the audience talked as Franz Liszt’s Mephisto Waltz—then a new piece—was performed. Therefore, Mr. Thomas stopped the concert, pulled out his watch, and told the audience that he would wait five minutes so that everyone who was antagonistic to new music could leave. At the end of five minutes, the audience listened quietly to the Mephisto Waltz. At another concert, a man in the audience made much noise as he struck matches to light his cigar. Mr. Thomas stopped the orchestra, turned to the man, and said, “Go on, sir—don’t mind us—we can wait until you are through.”

Joseph Haydn was a master of music and a practical joker. Mr. Haydn knew that audiences often fall asleep during concerts, so in the Surprise Symphony, he followed a long, soft passage with a loud chord to wake everybody up. In addition, Mr. Haydn wrote his E-flat major Quartet, Opus 33, Number 2 to trap the people in the audience who were talking to each other instead of listening to the music—he put a sudden pause in the music so that these people could be heard talking.

Ballerina Natalia Makarova worried about the audience at the Reggio Theatre in Turin where she was to dance The Rite of Spring. Before she danced, Placido Domingo, one of the world’s greatest tenors, sang in Un Ballo in Maschera—and the La Scala audience ripped him to pieces, booing, whistling, and even throwing apples at him during his performance. Fortunately, when Ms. Makarova danced, there were no boos, no whistles, and no apples.

At the 1976 International Ballet Competition held in Varna, Bulgaria, Patrick Dupond won the gold medal in the junior division and also won a special citation for technical excellence. Back in his native France, Mr. Dupond danced the usual test for promotion at the Paris Opera. Although the audience had been instructed to remain silent, it burst into applause—and Mr. Dupond was awarded the rank of coryphée.

Anna Pavlova danced “The Dying Swan” thousands of times, but occasionally she was not pleased with the audience’s always thunderous applause. After one performance that did not reach her own high standard, she was very angry about the applause and complained, “How dare they applaud like that. I know I danced badly. It is no compliment to an artist. I shall lose all my standards, if people aren’t more discriminating.”

Press agents used to do wild things to get their clients’ names in the newspapers. Operatic tenor Leo Slezak once read in a newspaper that he always sang in public in bare feet. One audience that had read the same newspaper article became angry because he sang before them while wearing patent leather shoes.

Julia Neilson (1868-1957) enjoyed playing Rosalind in Shakespeare’s As You Like It. Once, after she spoke these lines from the Epilogue—“If I were a woman I would kiss as many of you as had beards that pleased me, complexions that liked me and breaths that I defied not”—a voice came from the balcony, “Me first, please, Miss!”

Whenever Fred Astaire was ready to shoot a big dance number for one of his films, word would go out across the studio, and lots of people would come around to watch the dancing. Anthony Perkins was doing a Western while Mr. Astaire was filming Funny Face with Audrey Hepburn, and he remembers lots of gunslingers watching the filming of “Clap Yo’ Hands.”

Audiences frequently come late to concerts. This bad habit made conductor Leopold Stokowski so angry that during a performance of Lekeu’s Fantaisie he had several of his musicians come in one by one and take their seats noisily while the piece was being played.

Voltaire was reading one of his plays out loud to a group of friends when he noticed that Montesquieu had fallen asleep. “Wake him up,” Voltaire ordered. “He seems to imagine that he is in the audience.”

The Russian ballet lover Konstantin Skalkovsky once made this complaint about a St. Petersburg audience: “They look at the most brilliant adagio as a cow looks at a passing train.”

AT first I suspected something—
She acted so calm and absent-minded.
And one day I heard the back door shut
As I entered the front, and I saw him slink
Back of the smokehouse into the lot
And run across the field.
And I meant to kill him on sight.
But that day, walking near Fourth Bridge
Without a stick or a stone at hand,
All of a sudden I saw him standing
Scared to death, holding his rabbits,
And all I could say was, “Don’t, Don’t, Don’t,”
As he aimed and fired at my heart.

SILENT before the jury
Returning no word to the judge when he asked me
If I had aught to say against the sentence,
Only shaking my head.
What could I say to people who thought
That a woman of thirty-five was at fault
When her lover of nineteen killed her husband?
Even though she had said to him over and over,
“Go away, Elmer, go far away,
I have maddened your brain with the gift of my body:
You will do some terrible thing.”
And just as I feared, he killed my husband;
With which I had nothing to do, before God!
Silent for thirty years in prison
And the iron gates of Joliet
Swung as the gray and silent trusties
Carried me out in a coffin.

WHAT but the love of God could have softened
And made forgiving the people of Spoon River
Toward me who wronged the bed of Thomas Merritt
And murdered him beside?
Oh, loving hearts that took me in again
When I returned from fourteen years in prison!
Oh, helping hands that in the church received me
And heard with tears my penitent confession,
Who took the sacrament of bread and wine!
Repent, ye living ones, and rest with Jesus.