SHADES OF GREY VERSUS COLOR

The dull outside world

May be shades of grey

He floated freely through life, with the wind as his companion. Always free, never encumbered.” – Linda Lee Lyberg

Yesterday, I said good-bye to my father for the last time. And although he was never in my life much, there is a new emptiness I can’t decipher. Is it because I have a handful of memories, most of which include me feeling disappointed and him being, well, Bill Polley?
Or is it because I forgot a long time ago the sound of his voice as he called my name?
My father was never apologetic for his actions; he lived his life as he saw fit.
In 1972, he saw fit to change his entire name from William Clark Polley to Anthony Joseph Pollizzio. I am still unsure why.

He leaves 4 women behind: myself, as his oldest daughter, my own daughter, my half-sister, and her daughter. We each have our…

Dear Mom-
Six years ago today, I received an early morning call telling me you were gone. The nurse told me someone had been in to check on you, and they came back 15 minutes later, and your soul had moved on.
I read a lot about death in those weeks following. From what I read, the way you went- alone- was what many souls choose to do.
And while I am sad I was not there in those final moments, I know it’s what you wanted. If I had been there, I would have selfishly asked you to stay and you would have done all you could to do so. 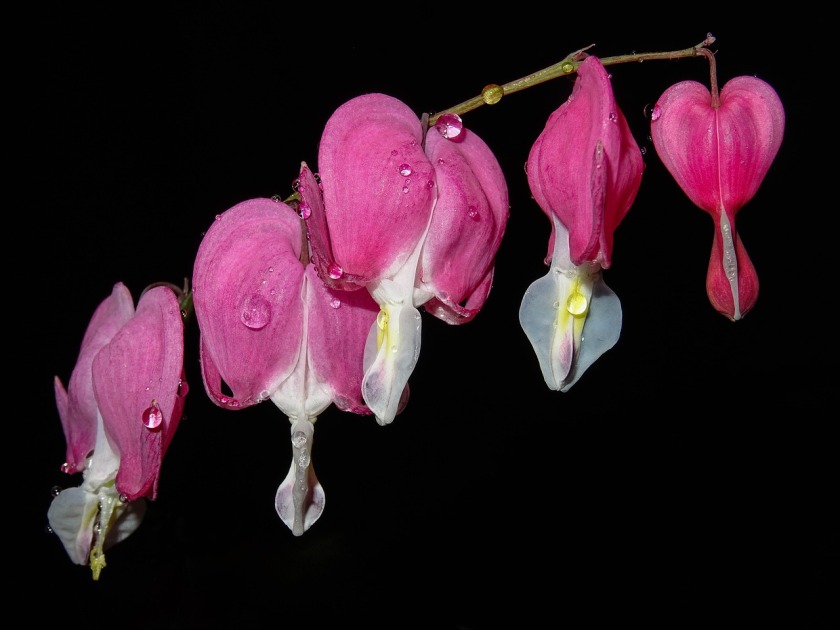 adds pizzazz to your colors

On July 23, 2010, Bill Pace, who is 80 years old, became semi-conscious while driving. Although he did not realize it, he had suffered a mild heart attack a few days earlier, and his circulation was so poor that he nearly passed out. Fortunately, 48-year-old Duane Innes was driving to a Seattle Mariners game. He noticed that Mr. Pace’s truck was drifting on the road and sideswiped a concrete barrier. It also nearly hit the minivan that Mr. Innes was driving. Mr. Innis looked in his rearview mirror and saw that the driver of the truck was slumped over the steering wheel. Realizing that something was wrong with the driver, and knowing that an intersection with heavy traffic was ahead, Mr. Innis positioned his minivan in front of the truck, slowed down slightly, and allowed the truck to hit his minivan so that he could brake and bring the truck to a stop. After learning that Mr. Pace, a retiree, does such good deeds as organize food drives and volunteer for the Special Olympics, Mr. Innis said, “For all the good that he’s done, he’s probably deserving of a few extra lives.” Mr. Pace’s insurance company, State Farm, paid the approximately $3,500 worth of damage to Mr. Innis’ minivan. In addition, State Farm representative Clayton Ande wrote Mr. Innis a letter of appreciation in which he stated, “We wish to thank you for the actions you took to save Bill’s life. State Farm and the Pace family consider you to be a hero. I wish there were more people like you in the world.” Mr. Pace said, “He saved my life, really — and God knows who else.”

On Thursday, Oct. 8, 2009, Paula Antonacci of Springfield, Illinois, went to a drivers’ license facility so she could get her license renewed before work. However, once she was there., she realized that she had not brought enough money with her to pay for the license renewal. She wrote in a letter to the editor of The State Journal Register, “A very kind person named Barbara came up to the counter and asked how much I needed. I had only needed $2, which she generously gave to me without hesitating. I asked for her address to return the money, but she would not give it to me. She said many people had helped her out in such situations and that I could help someone out next time.” Ms. Antonacci promises to pay the good deed forward and writes that she appreciates people such as Barbara.

In 2013, Thane Chiquinho Scarpa, one of the richest men in Brazil, announced that he was planning to bury a million-dollar Bentley. Why? So he could ride around in style in the afterlife. Actually, this was a publicity stunt to draw attention to a worthy cause: organ donation. On the day that he was supposed to bury his Bentley, Mr. Scarpa said, “People condemn me because I wanted to bury a million dollar Bentley; in fact, most people bury something a lot more valuable than my car. They bury hearts, livers, lungs, eyes, kidneys. This is absurd. So many people waiting for a transplant and you will bury your healthy organs that can save so many lives. This is the biggest waste in the world. My Bentley is worthless in comparison to life-giving organs. There is no wealth more valuable than an organ, because there is nothing more valuable than life. I officially announce I am an organ donor this week. I’m an organ donor, are you? Tell your family.”

Basso Ferruccio Furianetto has taken care of his voice over the years, turning down roles that he felt his voice was not ready for. Conductor Herbert von Karajan once asked him to sing the role of Escamillo, which is a role for a baritone. Immediately, Mr. Furianetto changed the subject to something that he knew Mr. Karajan would want to talk about: “Maestro, did you see the new Porsche that just came out?” Today, Mr. Furianetto says, “That Porsche saved me!”

Following the wartime austerity of World War II and the rise of making much money playing rock and roll, some British performers began — of course — spending money on cars. British jazz musician George Melly and early British rocker Tommy Steele met backstage once, and Mr. Steele learned that Mr. Melly did not have a car. Mr. Melly remembers, “He looked at me with the sort of pity usually reserved for the badly deformed.”

In the 1970 World Series, Cincinnati Reds catcher Johnny Bench played very well, but Baltimore Orioles third baseman Brooks Robinson played spectacularly, and the Orioles won the Series. Still, Mr. Bench was funnier than Mr. Robinson. When Mr. Robinson won a new car by being named the Series MVP, Mr. Bench said, “If we’d have known he wanted a new car that badly, we’d have chipped in and bought him one.”

Edsel Ford had the ability to recognize good advertising, and he had the ability to make up his mind quickly. He once read five full-page ads for the Ford Motor Company, then said, “I think they will do all right. I have one change I’d like to suggest. In one of the advertisements, I see you use the word ‘perfect.’ I think it would be better to say ‘correct.’ Nothing is perfect.”

Wynonie Harris was a rhythm and blues star of the 1940s and 1950s who made a lot of money and spent a lot of money. He bought two Cadillacs and hired two chauffeurs, and people used to go out on the sidewalk at 4 a.m. when he left the Baby Grand in Harlem after a performance just to see which Cadillac he would choose to ride home in.

WHOEVER thou art who passest by
Know that my father was gentle,
And my mother was violent,
While I was born the whole of such hostile halves,
Not intermixed and fused,
But each distinct, feebly soldered together.
Some of you saw me as gentle,
Some as violent,
Some as both.
But neither half of me wrought my ruin.
It was the falling asunder of halves,
Never a part of each other,
That left me a lifeless soul.