“Before you point that accusatory finger
in my direction, remember this:
I never asked for it.”

The sun is setting and I feel the cold seeping into my bones. I feel the life bleeding out of my feet, leeching into the ground. And I stand here, breathing smoke into the sky. Because that’s all I have left to give — pieces of my broken spirit. And that’s all that remains after the vultures picked me apart. So before you point that accusatory finger in my direction, remember this: I never asked for it. I never gave the wrong signals. I didn’t deserve all you forced upon me.

And how could I have known better? I was barely old enough to walk, let alone understand what vile things you wanted from me. If you wouldn’t blame a child, then why blame the teenager for going to a party? Why blame the… 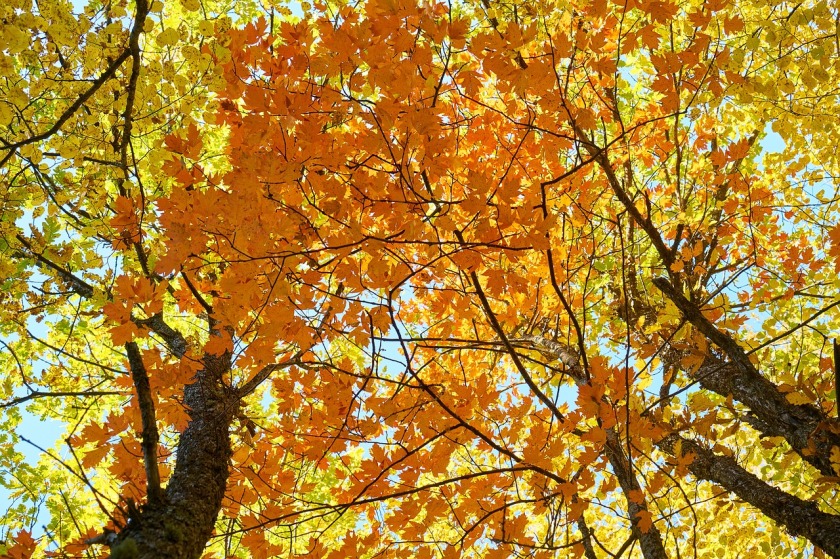 A time of blazing beauty

One night, the Sisters of the Missionaries of Charity went around the streets of Calcutta and picked five or six abandoned people and then brought them to the Home for the Dying and the Abandoned. Mother Teresa was preparing to put a little old lady to bed, but the little old lady told her, “Thank you,” then died. Mother Teresa asked herself what she would have done if she were in the little old lady’s position: “And I answered with honesty, Surely I would have done all I could to draw attention to myself. I would have shouted, ‘I’m hungry! I’m dying of thirst! I’m dying!’ She, on the other hand, was so grateful, so unselfish. She was so generous! The poor — I do not tire of repeating this — are wonderful.”

R’ Chaim of Sanz owned a gold goblet that had been given to him by a rich man so that the Rabbi could use it when saying kiddush in memory of the rich man. However, R’ Chaim eventually gave the gold goblet away to a poor man. When asked how he could justify giving the goblet away, R’ Chaim replied, “I’m sure that the dead man would agree with what I did. After all, he wished me to make kiddush in his memory so that the merit of the good deed would benefit his soul. I am sure that keeping a Jew alive will be of much greater benefit to his soul.”

When Sharon Salzberg entered Burma and began to practice meditation, she experienced a great deal of discomfort, in part because of a persistent cough. She complained to the leader of the retreat, Sayama, who replied, “Well, I guess this will be good practice for when you die.” This made Ms. Salzberg realize that spirituality is not just for when you feel well. It also made her realize that for many people, dying involves pain. After all, a dying body is a malfunctioning body, and dying people don’t feel fine.

As part of the AIDS Resource Foundation for Children, Faye Zealand has much experience with people who have HIV or AIDS. At a funeral of a person who had died of AIDS, Ms. Zealand was crying. A woman who was HIV positive and whose daughter was HIV positive came up to her, hugged her, and comforted her. Ms. Zealand looked at the woman and thought, “This woman is dealing with AIDS. She is dealing with the fact that the child with her has AIDS. And here she is consoling me.”

In 1968, baseball player Bob Uecker’s father had a major heart attack — a Code Four — in a hospital. He almost died, but the physicians and nurses worked on him and saved his life by giving his heart an electric shock and by pounding on his chest. But when his father regained consciousness, he was angry. Everything had been really soft, pleasurable, and mellow — then suddenly a bunch of physicians and nurses had started pounding on him.

Martin Luther King, Jr. was discouraged by the violence he saw in the world. Just two months after four little African-American girls were killed in a church bombing, President John F. Kennedy was assassinated in Dallas, Texas. Reverend King told his wife, Coretta, “That’s the way I’m going to go. I told you this is a sick society.” Five years later, on April 4, 1968, Reverend King was assassinated in Memphis, Tennessee.

In 1693, Bankei knew that he was dying. When one of his disciples asked him to compose a traditional death poem, he replied, “I’ve lived for 72 years. I’ve been teaching people for 45. What I’ve been telling you and others every day during that time is my death verse. I’m not going to make another one now, before I die, just because everyone else does it.”

Once, plague struck Boisk, whose spiritual leader was R’ Mordechai Eliashberg. Some Jews wanted to investigate the actions of other people, to see if improper actions had brought the plague upon them, but R’ Mordechai refused to allow them to do so. Instead, he said, “If you wish to investigate, investigate your own actions, but not those of others.”

Hector Gray visited his friend, ventriloquist Ray Scott, who was dying of throat cancer, on his deathbed. After the visit, Mr. Gray said, “Good night. I’ll see you tomorrow.” Mr. Scott replied, “Perhaps you will, but I won’t be seeing you.” Mr. Scott was right — he died during the night.

Even after Monty Python member Graham Chapman died, he was not forgotten by the other members of the comedy group. At a recent meeting, he was given a vote — his spirit was asked to rap once for yes, twice for no. (Mr. Graham abstained.)

Wilson Mizner was capable of black humor. After getting dressed one morning, Mr. Mizner learned from his brother Addison that another brother, Lansing, had died. Mr. Mizner replied, “Why didn’t you tell me before I put on a red tie?”

NOT, where the stairway turns in the dark
A hooded figure, shriveled under a flowing cloak!
Not yellow eyes in the room at night,
Staring out from a surface of cobweb gray!
And not the flap of a condor wing
When the roar of life in your ears begins
As a sound heard never before!
But on a sunny afternoon,
By a country road,
Where purple rag-weeds bloom along a straggling fence
And the field is gleaned, and the air is still
To see against the sun-light something black
Like a blot with an iris rim—
That is the sign to eyes of second sight. . .
And that I saw!