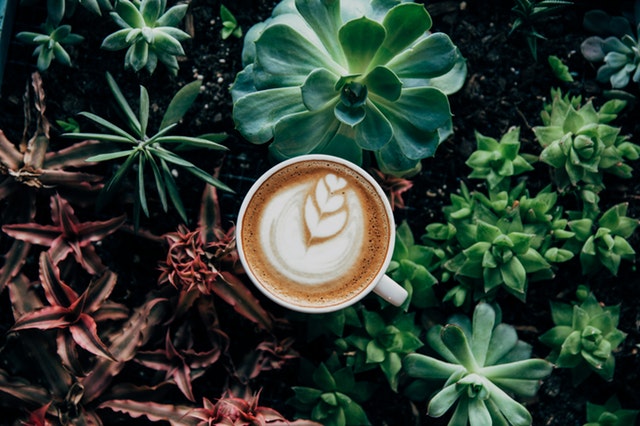 Ordinary can be good

• George Bernard Shaw was traveling in Italy with a group of men on a train. The train stopped at Milan, and the men got out to eat. When it came time to leave the restaurant, they were unable to make the waiter understand that they didn’t want one bill — they wanted separate bills for each of the men. Mr. Shaw thought for a while, then remembered a line from The Huguenots— “Ognuno per se; per tutti il ciel” (Italian for “Every man for himself, and Heaven for all”). He declaimed the line dramatically, the waiters doubled up with laughter, and Mr. Shaw soon found he had a reputation for being able to speak Italian.

• Learning languages is difficult because so many expressions are used in only one language. For example, an American says that you are driving too fast by asking, “Where’s the fire?” However, this expression does not translate literally into other languages. Ruth Sasaki once thought her taxi driver in Tokyo was driving too fast, so she asked him, in Japanese, where the fire was. This confused the driver, who replied that he did not know where the fire was, but if she would tell him the address, he would drive her there.

• Sir Arthur Conan Doyle (the creator of Sherlock Holmes) and his wife were believers in spiritualism; escape artist Harry Houdini was not. Nevertheless, they all became friends. Once, Lady Conan Doyle held a seance and attempted to contact Houdini’s deceased mother. She fell into a trance and wrote down a message for Houdini from his mother, then she came out of the trance. The Conan Doyles regarded the seance as a complete success; however, Houdini did not. The message Lady Doyle had written was in English — a language his Yiddish-speaking mother did not know.

• While in San Francisco, Mark Twain undertook to learn French. One day, a Frenchman who knew no English started asking questions of a group Mr. Twain was in. Because Mr. Twain was the only person in the group who had studied French, he listened to the Frenchman. However, before Mr. Twain had said a half-dozen words of French in reply, the Frenchman fainted, possibly from hunger. Mr. Twain said later, “I’ll learn French if it kills every Frenchman in the country.”

• Pope John XXIII spoke several languages fluently, but he had trouble with English. During an audience with President Dwight David Eisenhower, he spoke English only at the beginning and ending of the audience. When President Eisenhower congratulated him on his English, Pope John XXIII replied, I’m going to night school. But I’m not doing very well. … I’m always at the bottom of the class.”

• In the TV series Hogan’s Heroes, extras frequently had to speak a little German because the series was set in a World War II prisoner of war camp (not in a concentration camp). Chris Anders once played a German guard who had to tell some trucks to take off, so he said, “Fahrt Los.” However, because the German word “fahrt” sounds like the English word “fart,” the director stopped the scene, saying, “We can’t use that!”

• Ballerina Alice Patelson had a grandmother who had come from Finland, immigrating to the United States in 1912. When she was a little girl, Alice asked Grandmother Eine to teach her Norwegian. One day Alice decided to memorize a poem in Norwegian, which she then recited at school during show-and-tell. Her teacher was pleased, but the students were bewildered.

• In the 19thcentury, when singer Emma Abbott was a little girl, she was intrigued to hear about bouquets of flowers being thrown to a prima donna on a stage. However, she worried that the prima donna would fall off if the stage should start going. Fortunately, her father was able to explain that there is a difference between a stage and a stagecoach.

• It is possible to be affected by a play even though you don’t know the language the actors are speaking. Giacomo Puccini (1858-1924) saw a dramatization of Madame Butterflyin London; however, even though he didn’t understand English, he was affected by the passion of the story — a story that he turned into a famous opera.

• Olin Downes, music critic of The New York Times, once objected in a review to mezzo-soprano Risë Stevens’ German in her appearance as Octavian in Strauss’ Der Rosenkavalier. Finding herself seated next to Mr. Downes at a dinner party, Ms. Stevens spoke to him in German, forcing him to admit that he didn’t speak German. She smiled and then said, “I do.”

• Alexander Woollcott and Harpo Marx were in a Paris hotel where Harpo upset the management with his shenanigans. Mr. Woollcott tried explaining Harpo to the management, but gave it up, turned to Harpo, and said, “How can I explain you? There’s no French word for ‘boob.’”

• Orchestra conductor Hans Richter didn’t speak English well. While crossing the Atlantic on a ship, he asked for a deck chair for his wife, explaining, “When she doesn’t lie, she swindles.” (The German word schwindelnmeans to get dizzy.)

• Thomas Jefferson used to order different copies of a book in the same-sized edition, but in more than one language. When the books arrived, he had them re-bound together. That way, he could read the book in, for example, Greek and Latin.

• In 1921, a Metropolitan Opera production of Modest Mussorgsky’s opera Boris Godunovfeatured Feodor Chaliapin singing the title role in Russian, while everyone else sang in Italian. This production was a great success.

• Long ago, Church of Christ preacher J.D. Tant got in trouble for using the word “bull” in a sermon. The congregation thought that the word was indelicate for a woman’s ears and preferred the use of “Mr. Cow.”

• In America in the 19th century, citizens loved Italian opera. William Henry Fry wrote his opera Leonorein English, but when it was performed in 1858 in New York, it was sung in Italian.

Look at what Von Smith, the Great and Terrible, snuck into the comments section of our previous Open-Source Poetry post:

glistened all at once as I entered the bar
then a sad, unoccupied octopus caught my eye
she could see the calamari smile flit across my lips
a tentacle snatched my leg as I turned to leave
silence gripped the bar as she reeled me in
a group of groupers laughed at my panic, as I slid by
never again will I wear “Chicken of the Sea” cologne

We’ve actually had a little argument about this.

Tony reckons that this is Von’s extremely clever attempt to raise our communal poetry making efforts to new creative heights.

You turn my legs to mousse.