even an old man
has New Year’s eyes…
cherry blossoms

Author’s Note: For this weekend’s meditation we have another episode of the new feature: ‘Photo-Shopping Haiku’. The challenge is to make a little change to a given haiku to make it a ‘better version of itself’.

BE EXCELLENT TO OTHERS

We should learn to be

Be excellent to others

Ben Jonson’s The Alchemist: A Retelling in Prose 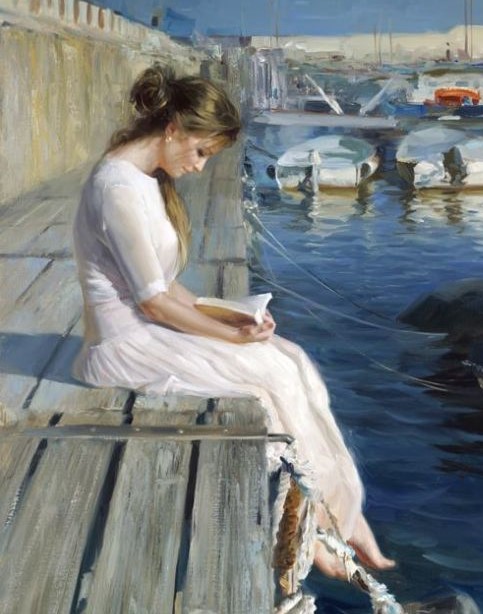 so easily I read

but then I found them wandering

deep inside my head

Then slowly, and so softly
I heard the whispering start

and before too long, I heard the song
they were singing to my heart

• Even science-fiction writer Theodore Sturgeon, author of The Dreaming Jewels and More Than Human, suffered from writer’s block. In 1962, he gave a Guest of Honor speech at the World Science Fiction Convention in Chicago, Illinois, and spoke about how fellow science-fiction writer Robert Heinlein had helped him when Mr. Sturgeon, desperate, wrote him a letter about his writer’s block: “I told him my troubles; that I couldn’t write—perhaps it was that I had no ideas in my head that would strike a story. By return airmail—I don’t know how he did it—I got back 26 story ideas. Some of them ran for a page and a half; one or two of them were a line or two. I mean, there were story ideas that some writers would give their left ear for. Some of them were merely suggestions; just little hints, things that will spark a writer like, ‘Ghost of a little cat patting around eternity looking for a familiar lap to sit in.’” Mr. Heinlein did more than that. Mr. Sturgeon added, “I had told him my writing troubles, but I hadn’t told him of any other troubles; however, clipped to the stack of story ideas was a check for a hundred dollars with a little scribbled note, ‘I have a suspicion your credit is bent.’” By the way, Mr. Heinlein’s ideas resulted in two stories by Mr. Sturgeon: “And Now the News” and “The Other Man.”

• Late in her life, Anaïs Nin spoke at Western Michigan University and answered questions from the audience, which was mostly composed of students. A young woman who asked her the first question asked a very personal question: What were the worst problems she faced in her marriage? Ms. Nin simply said, “I will pass a hat around the room and ask every married person to drop a note in it about the worst marital problem he or she has had to deal with. Then I will hold the hat up and say, ‘Yes, all of these.’” (She did pass the hat, but only so people could write down questions for her.) Author Stephanie Gauper was impressed by the way that Ms. Nin answered the young woman’s very personal question. Ms. Gauper wrote that “the way she turned the first question into a lesson on decorum and universality moved me and the whole audience, too. The young woman was not humiliated; she indeed appeared to feel honored by the kindly attention from this still gorgeous and brilliant older woman. I have seen speakers who would nail such a questioner to the wall. Nin was so gentle and teaching, so generous.”

•  Isak Dinesen, the Danish author of Out of Africa,managed a coffee farm in Kenya, where soon after arriving, she tended to a young Kikuyu boy named Kamante who had a very badly infected leg. After she cured his infection, she began to be greatly in demand as a doctor. She also did the good deed of burying a girl named Wamboi who had died after falling off an oxcart and being run over by its wheels, despite being forbidden to ride on oxcarts. Her corpse lay unburied for three days because police could not decide who was at fault for her death and because the members of her tribe did not want to touch a corpse. By the way, Isak acquired the nicknames of “Lioness” and “Lioness von Blixen” (due to her marriage, she was the Baroness von Blixen) because after a lion had killed some of her cattle, she and her friend Denys Fitch Hatton hunted it. They left a carcass where the lion would find it at night, and when they heard the lion, Isak flicked on the light of a lantern and Denys shot the lion.

• In 1792, Mary Wollstonecraft published A Vindication of the Rights of Women. She did many good deeds in her life in addition to advocating for the rights of women. Her father was a drunk who physically abused his wife. Mary would sometimes put her own body in between her father and her mother in order to protect her mother. When Eliza, one of Mary’s sisters, married an abusive man, Mary and a friend named Fanny Blood helped Eliza escape from him by taking a carriage to London when he was away from his home. During the journey, Eliza nervously bit and broke her wedding band into pieces. They then took a number of other carriages in an erratic pattern to foil pursuit. Later, while Mary was taking a ship from Lisbon, Portugal, to London, England, a storm arose and crippled another ship. The captain of Mary’s ship at first would not allow the sailors of the crippled ship to get on board, saying that there was not enough room, but Mary threatened to report the captain, and he allowed the sailors to get on board. She also sent money to family members.

• On 14 September 1882, an elderly man intent on committing suicide jumped from a steamboat into the Thames River. On the same steamboat was Bram Stoker, who in 1897 would publish his novel Dracula. Mr. Stoker jumped in the river after the man. He held the man’s head above water until help arrived. He then carried the man to his home in the Chelsea district, where his physician brother, George Stoker, tried but failed to resuscitate him. Although the elderly man died, the Royal Humane Society awarded Bram Stoker a Bronze Medal for his effort to save the man’s life. Playwright Arthur Pinero wrote Mr. Stoker in a letter, “How proud I am to count myself amongst those who have the privilege of your acquaintance.” In his own old age and in poor health, Mr. Stoker needed financial help. Providing it were friends such as then-popular novelist Hall Caine.

• Good deeds tend to be practical and pragmatic rather than elegant. In 1977, poet Deena Metzger fell on an icy street in New York City. A black man saw her and ordered two young boys who happened to be walking nearby, “Pick that woman up!”