You are like water
in the quiet sea
waiting for the high tides
to rise
over your thoughts
and pull them up
to the sky
where they can fly,
in the wind. 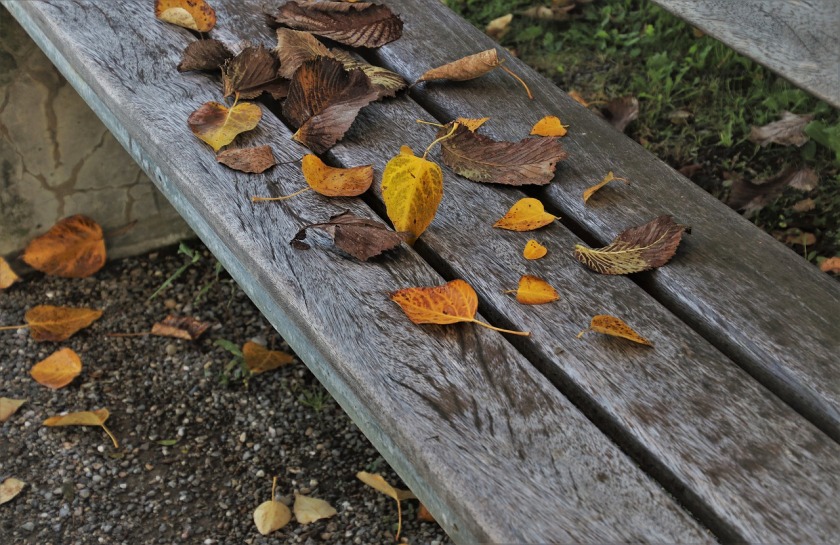 NOTE: Many people bag and throw away fallen leaves. Try raking them in a pile and mowing them into tiny pieces for free fertilizer. 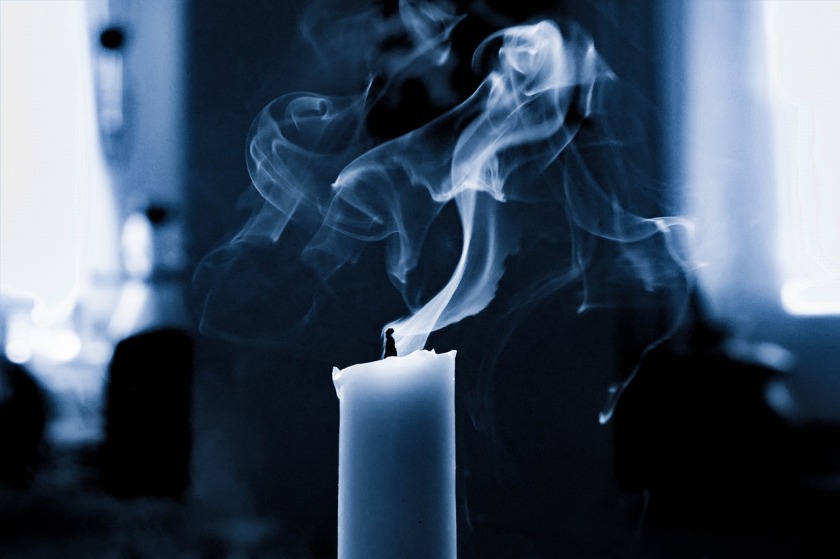 Then the last and final day

Comes in a hurry

Info: “This is one of the best versions of this piece of music I have heard. Haunting and pretty.” — Bruce

Myuu is a dark music composer.

“Dance of the Sugar Plum Fairy”

• Early in his career, French artist Honoré Daumier had difficulty paying the rent. He told his landlord, “The time will come when people will visit this miserable hole and say that Daumier, the artist, once painted here.” Unmoved, the landlord replied, “If you don’t pay your rent now, they’ll be able to say it tomorrow.”

• The possessions of painter Andrea di Cione were once legally seized to pay off his debts; however, Mr. di Cione got revenge. In a painting of Hell, he placed the faces and figures of the judge and court notary who took his possessions away from him.

• Art will not be suppressed, and a lack of mega-bucks, or even a lack of many bucks, will not stop it. In 1997, Carla Speed McNeil wrote and illustrated a mini-comic titled Mystery Date!What was its print run? Only 30 copies.

• As everyone knows, mothers are important: 1) When William Steig was a young illustrator, he submitted his first cover to The New Yorker, and the powers-that-be told him, “We like the idea but not your rendition.” They then asked, “Can we buy the idea from you?” Mr. Steig replied, “Let me think it over.” He went home and told his mother that The New Yorkerwanted to buy his idea but not his illustration, and she advised him, “Don’t do that! Don’t sell them the idea! They’ll always expect you to sell ’em the idea.” So Mr. Steig went back to The New Yorkerand said, “My mother told me not to sell you the idea.” The powers-that-be replied, “OK, we’ll take the cover as it is.” Of course, Mr. Steig became an important New Yorkerillustrator. 2) The mother of Rosemary Wells, an author and illustrator of books for children, used to go through her artwork each Friday when Rosemary was very young and choose the best drawings to thumbtack to the mantle until the following Friday. Ms. Wells says, “My mother would say, ‘These are wonderful!’ — and just ignore the rest. That is how I learned what was good.” 3) Charlotte Zolotow, an author of books for children, used read Heidiover and over when she was young and cry while reading the sad parts. One day, she cried so much that her mother asked Charlotte’s older sister, “What kind of book is the child reading?” Also, of course, as everyone knows, fathers are important. The father of Tana Hoban, who uses photographs in her books for children, used to keep a glass of nickels by him during meals so that whenever one of his children made a funny, witty, or intelligent remark he could reward the child with a nickel. For example, Tana once used the French phrase “n’est-ce pas?” Her sister asked what the phrase meant, and Tana joked, “An old French general.” Her father gave her a nickel.

• The mother and stepfather of children’s book illustrator and author Margot Zemach worked in the theater. Sometimes, she would look at her stepfather while he was eating a salad at home at the dinner table and wonder to herself whether this was really the same man who had been dancing the role of a soldier or a camel or a demon on stage the previous night. While backstage one day, young Margot was poked and prodded by someone who seemed to be a cackling witch. She worried — until she recognized in the cackling the sound of her mother.

• Maurice Sendak, author/illustrator of Where the Wild Things Are, was a sickly child. His father once told him that he might see an angel outside his window, and if he did see an angel, then his illness would be over quickly. However, his father also said that angels were quick and therefore were hard to see: “If you blink, you’ll miss it.” After his father left the room, young Maurice looked out the window. Then he started shouting, “I saw it! I saw it! I saw the angel!” Mr. Sendak says about his father, “He was as thrilled as I was.”

• When writer/performance artist Keith Antar Mason was young, sometimes his father would punish him by grounding him for a while. His father knew that young Keith liked art and art museums, so before grounding Keith he would take him to the St. Louis Art Museum and say, “Go ahead and browse because you’re not going to see it for a long time.” Whenever his father took him to the art museum, Keith knew that he was in serious trouble.