• Whenever Enrico Caruso performed, ovations greeted him. Therefore, he decided to perform an experiment to see if the audience would applaud him if they were unaware he was singing. He went to Albert Reiss, who was scheduled to sing an aria offstage in Pagliacci, and he arranged to sing the aria in Mr. Reiss’ place. Unfortunately, Mr. Caruso received no applause, and no music critic noticed that Mr. Reiss had suddenly acquired a glorious voice. Mr. Caruso sadly noted, “It is not Caruso they want — it is only the knowledge that they are hearing Caruso!” By the way, Mr. Caruso sang with great power. When he performed Lucia for the first time at the Metropolitan Opera, Mr. Caruso sang with such force that a police officer showed up to find out where all the sound was coming from. Mr. Caruso said, “Aha! I sing too loud! I must look out for that.”

• Opera singers have very powerful voices. While in Paris, Gioacchino Rossini heard two powerful singers performing together. He wrote to a friend of his in Italy: “Lablache and Tamburini sang the duet from Bellini’s I Puritani. I need not tell you anything about their performance. You surely heard it for yourself.”

• Christoph Willibald Gluck revolutionized opera. His controversial style caused much excitement in his opera Armide, whose premiere was packed. An usher requested one man in the audience to take off his hat, but the man replied, “You take it off; it’s so crowded here that I can’t move my arms.”

• As you may expect, Chilean poet Pablo Neruda, winner of the 1971 Nobel Prize for Literature, loved nature. As a boy, he and other boys engaged in fights in which they pelted each other with acorns. Sometimes, he would closely examine the color and shape of an acorn — an examination that was interrupted when the other boys pelted him with large numbers of acorns. People loved him and his poetry, which has been translated into many different languages. When Mr. Neruda was in political exile from Chili in 1949, he went to Europe and artist Pablo Picasso helped him get permission to stay in France. Mr. Neruda said, “He spoke to the authorities; he called up a good many people. I don’t know how many marvelous paintings he failed to paint on account of me.” On 11 April 1957, Mr. Neruda was arrested in Argentina because of his Communist leanings and put in jail for one and a half days. When he was released, one of his jailors gave him a gift. Mr. Neruda said, “I was about to leave the prison when one of the uniformed guards came up to me and put a sheet of paper in my hands. It was a poem he had dedicated to me. … I imagine few poets have received a poetic homage from the men assigned to guard them.” Also, he was delighted in May 1967, when he attended the Congress of Soviet Writers in Moscow and a floor-polisher saw him and recited from memory one of Mr. Neruda’s poems. Of course, Mr. Neruda loved books and was influenced by such poets as Walt Whitman. As a recognized poet, he kept a photo of the bearded American poet on his desk at Isla Negra (Dark Island). A workman once looked at the photo and asked Mr. Neruda if the photo depicted his grandfather. Mr. Neruda replied, “Yes.”

• At age 23 Langston Hughes was both an undiscovered poet and an employed busboy. He worked in the restaurant of the Wardman Park Hotel in Washington, D.C., and he knew that famous poet Vachel Lindsay would be reading his poetry at the hotel. As an African-American in those Jim Crow days, Mr. Hughes knew that he could not attend the whites-only poetry reading, but he hoped to see Mr. Lindsay. When Mr. Lindsay and his wife sat down in the hotel restaurant to eat, Mr. Hughes approached their table and left three poems there. He wrote later, “Quickly, I laid them beside his plate and went away, afraid to say anything to so famous a poet, except to tell him I liked his poems and that these were poems of mine.” Mr. Lindsay liked the poems, and at his poetry reading he announced that he had discovered a new and promising young poet, and he read all three of Mr. Hughes’ poems. The next morning, Mr. Hughes was interviewed and photographed by newspaper employees. Mr. Lindsay also gave the young poet a gift: a set of books by Amy Lowell, along with the recommendation to study her poems. Later, Mr. Hughes wrote about Mr. Lindsay, “He was a great, kind man. And he is one of the people I remember with pleasure and gratitude out of my bewildered days in Washington.” 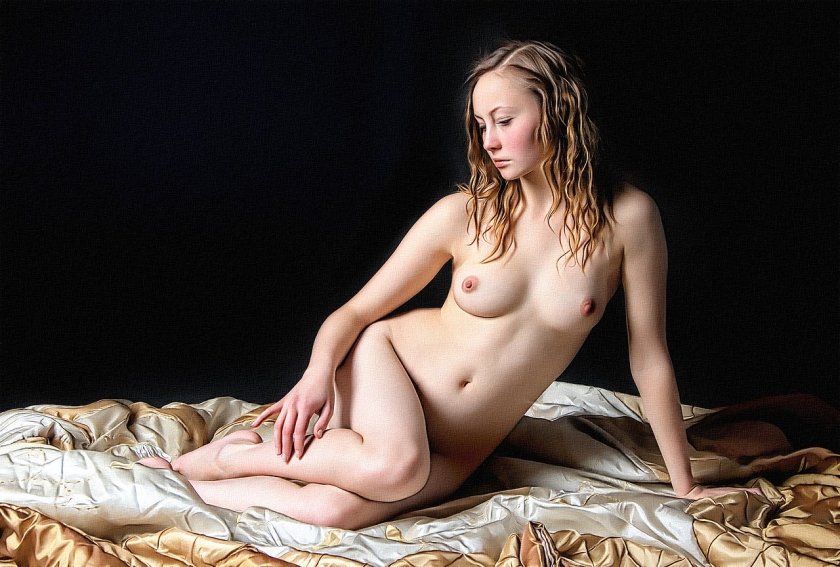 Always has been and will be

A part of fine art

Note: The photographer Jerzy Gorecki noted,  “This photo was created as a painting reference.”

She
Took An
Unknown And Unwanted
Hiatus From Her Marriage
Vows 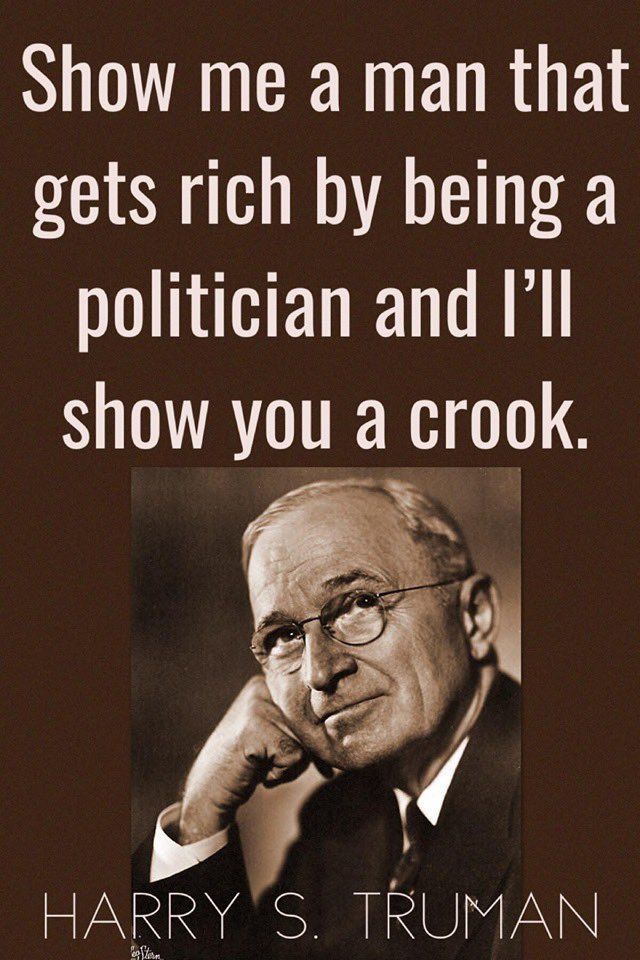 “… the five tracks on offer here really do pound on the listener’s psyche as they demand entry into your brain” — The Fragmented Flaneur.

“Pioneers for the new wave of modern krautrock” — Rotation 11

“Psychic Lemon return with their third studio album, Freak Mammal. This is the band’s second release in the space of six months, after their live album Live at the Smokehousesold out on vinyl within 48 hours in April. Freak Mammalis being released on Drone Rock Records, alongside a repress of their sought-after self-titled first album. “

• Being famous under a pseudonym can lead to problems. Eric Blair, aka George Orwell, once learned that Ernest Hemingway was staying in a room at the same hotel he was staying at. He knocked on Mr. Hemingway’s door and introduced himself as Eric Blair, and Mr. Hemingway asked what he wanted. Mr. Blair then reintroduced himself as George Orwell, and Mr. Hemingway said, “Why didn’t you say so?” Then he invited him in for a drink. Mr. Blair could have told Mr. Hemingway about some odd experiences. For example, Mr. Orwell once rented a room from a landlady who was proud because she had worked for a nobleman. She was so proud that when she locked herself out of her house, she would not let her husband and Mr. Blair go next door to borrow a ladder to get to a high window and enter the house because she was too proud to associate with the neighbors. Instead, her husband and Mr. Blair walked a mile and borrowed a ladder from one of her relatives. And while working as a dishwasher and a porter in a Paris hotel, he was once ordered to get a single peach because a rich customer had ordered one. Since the hotel did not have a peach on the premises, Mr. Blair was ordered to find one or be fired. The shops were closed, but he found a basket of peaches hanging in a window. Rather than lose his job, he broke the window and stole one peach.

• For a performance by ballerina Maria Tallchief and the New York City Ballet, Japanese stagehands waxed the stage floor. Of course, this resulted in dancers slipping, sliding, and falling. After that one ruinous performance, the stage floor was restored to its usual scuffed lack of splendor. By the way, at birth, Maria Tallchief’s name was Elizabeth Marie Tall Chief. She changed “Tall Chief” to “Tallchief” because she wanted to avoid problems in alphabetization at school — other students wondered whether her last name was “Chief” or “Tall Chief.” Her parents called her “Betty Marie,” but when famed choreographer Agnes de Mille suggested that the world of ballet already had lots of Bettys and Elizabeths, Ms. Tallchief began to use the name “Maria” instead.

• The first performance of George Frideric Handel’s Messiahtook place 23 April 1742, at Neal’s Music Hall, located on Fishamble Street in Dublin. For this performance 700 people crowded into a space that was designed to hold only 600. The organizers of the concert realized that it would be crowded, so they bought newspaper advertisements asking gentlemen to leave their swords at home and asking women not to wear hoop skirts. By the way, the name “Fishamble” is interesting. A market used to be called a “shamble,” and Neal’s Music Hall used to be a fish market.

• Agnes de Mille was determined to succeed as a dancer. Once, another dancer accidentally kicked her and broke her nose during a performance. Ms. de Mille continued dancing. By the way, while rehearsing her ballet Rodeo, choreographer and dancer Agnes de Mille worried about details. Eventually, the dancers working with her changed her name from “Agnes” to “Agonize.” On 16 October 1942, Rodeopremiered with Ms. De Mille dancing the lead role of the Cowgirl. She was sure that the ballet had been a failure, but after taking 22 curtain calls, she finally believed that the premiere had been a success.

• When the famous architect Frank Lloyd Wright was born in 1867, he was named Frank Lincoln Wright in honor of the recently assassinated President Abraham Lincoln. He changed his name after his parents divorced, and he took his new middle name from his mother, Anna Lloyd Jones.

“In joy or sadness, flowers are our constant friends.”