THE TECHNICAL LIFE AND THE VALUING LIFE

Live a life worthwhile to live

Free You’ve Got to be Kind: Volume 3 eBook (pdf)

BE THRIFTY, NOT MISERLY

This hand is open

— Be thrifty, not miserly —

But this hand is closed

As I lie here in the darkness

and you utter not a word 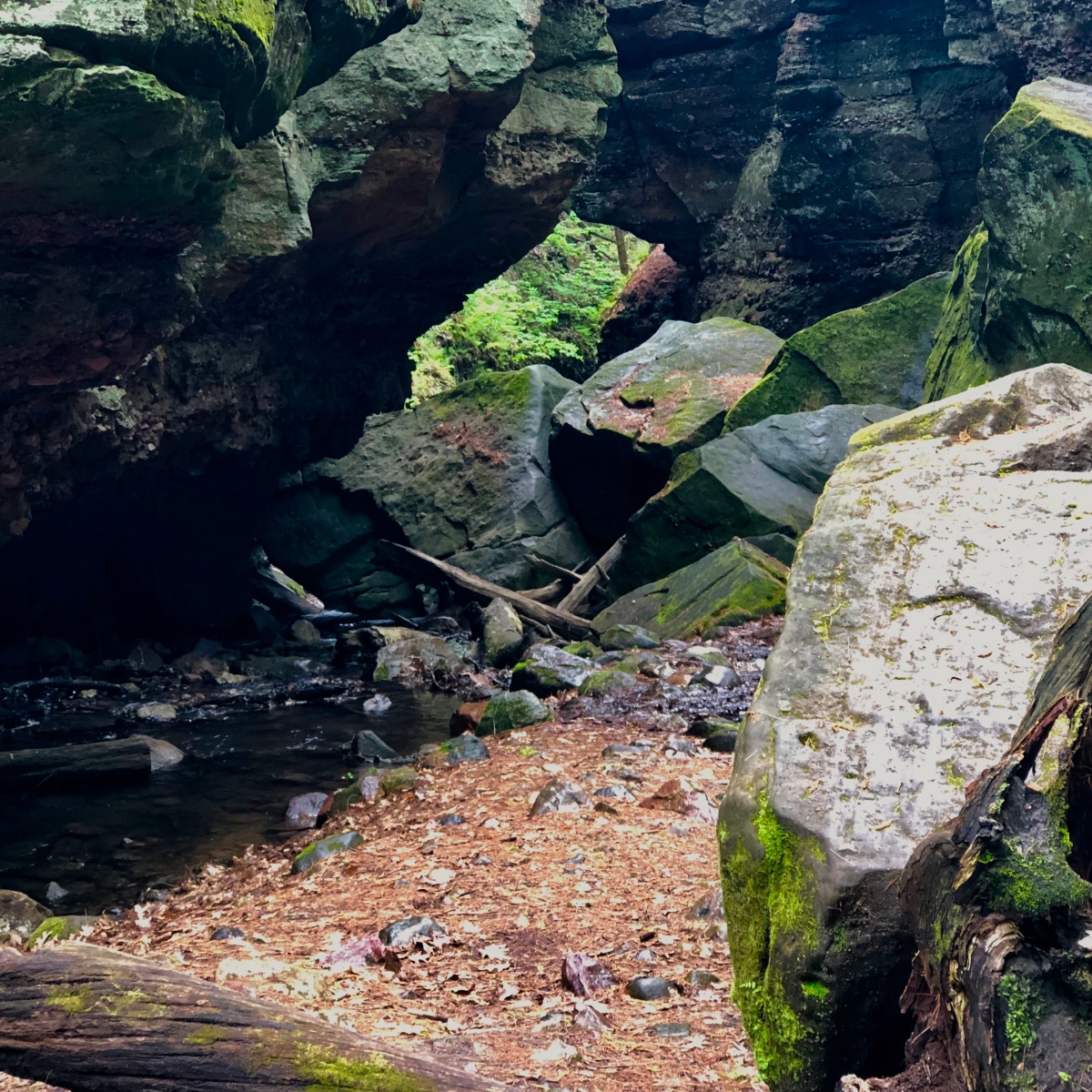 Impenetrable
or so it seemed
‘till the creek
by persistent motion
carved a path through hard rock
Now, the waterfalls
pool far below the ridge
light pierces the narrow gap above
and dances
in reflected ribbons
mingling like threads
that weave hope in ripples
illuminating the cool, moss-filled shade
highlighting the brook
no longer trapped
as it flows gently
down the valley’s earthen bed
filling soft crevices
completely–
a thorough lover,
penetrating
in currents
deep in the glen

• Opera singer Nellie Melba noticed a youth who stared at her and followed her around during a time she was singing Faustat Covent Garden. She finally asked him who he was, and he replied that his name was Landon Ronald and he had just been engaged as répétiteurat Covent Garden. (Répétiteursplay piano at rehearsals and coach singers.) She asked, “Are you any good? […] Do you know Manon?” (This opera was also being performed at Covent Garden.) He replied, “Yes,” and she said to him, “Very well. Come to my hotel tomorrow at twelve o’clock, and I’ll see what you are made of.” He showed up, and he played the opening bars of Manonwithout any music in front of him. Ms. Melba said, “Not so fast. You have studied this. I haven’t. I want the book.” They went through the first act, and Ms. Melba said to Mr. Ronald, “You play beautifully, and you seem to have a wonderful memory. Have you studied Manonfor long?” He replied, “No. I borrowed the score after the performance, and sat up learning it all last night. I had never seen it before.” Of course, the young Mr. Ronald became a world-renowned conductor and composer. Ms. Melba said about this example of Mr. Ronald’s work ethic, “And that is why Landon Ronald is Landon Ronald!” Of course, he did make mistakes when he was young. Everyone does. He once got in trouble while Giuseppe Campari was singing before a large audience. Mr. Ronald was unable to bring the orchestra and the singer together. Fortunately, Mr. Campanari good-naturedly said, “I think we’ll begin again.” This time, all went well. And once Mr. Ronald played the accompaniment for Ms. Melba in the wrong key and she said to him, “Landon, please try the other key. I’m not a contralto yet!” (He had played the music for a contralto the previous night, and absent-mindedly played in the same key for Ms. Melba.) Ms. Melba believed that in cases of a mistake it is better to acknowledge it than to try to keep it secret from the audience. She said about Mr. Ronald’s wrong key and its correction, “I need hardly say that every audience adores a little scene like that!”

• Anton Seidl could be cutting in his wit. He once listened to a young woman sing, but the young woman lacked vocal talent. When she asked him for his advice, he replied, “I advise you to marry some rich old tradesman.” She did. And when he wanted to conduct Richard Strauss’ tone poem Thus Spake Zarathustrabut the price for doing so was exorbitant, he said, “I know that Zarathustra spoke a great deal. But he didn’t say that much.” Mr. Seidl loved Wagnerian opera. When he was with the Neumann Company, he was scheduled to conduct Die Walkurein Italy. The King of Italy promised to attend, and the Italian custom was to stop the performance of the opera when the King, who apparently was always fashionably late, walked in. The orchestra would play the Marcia Reale(the Royal March) and then resume the opera. Mr. Seidl absolutely declined to do this, and for the performance that the King attended, the assistant conductor took over and observed the Italian custom. By the way, the German operatic tenor Max Alvary greatly respected Mr. Seidl’s conducting. A lesser conductor once criticized Mr. Alvary because he had not started singing when the conductor had indicated that he should come in with his first beat. Mr. Alvary replied, “The first beat! I am an actor! I have no time to watch your beats! I was waiting for the big wall of sound to plunge into it with my voice—but the wave never came.” Mr. Alvary told music critic Henry T. Finck, “When Mr. Seidl conducts, these waves of sound, be they large or small, never fail to rise.”

• Conductor James Conlon was ready for his big break when it came. He was studying conducting at Julliard, and a famous conductor—Thomas Schippers—was supposed to conduct La Bohèmethere, but Mr. Schippers became ill and cancelled. Mr. Conlon rehearsed the orchestra while the school looked for another conductor. At the time, Maria Callas was giving master classes, and the president of Julliard asked Ms. Callas her opinion of Mr. Conlon. Mr. Conlon says, “Callas listened to me rehearse for about 15 minutes, walked out, and told him, ‘There’s your man; he’s got a great future.’” And Mr. Conlon conducted the first of many successes.

• As is well known, Arturo Toscanini conducted from memory because of his poor eyesight. A musician once told conductor Karl Böhm that he had told Maestro Toscanini, “Of course, you know exactly how it goes, but you don’t know each individual part by heart.” Maestro Toscanini replied, “Give me a test.” The musician said, “Write out for me, with the bar rests, the bassoon part from the fight scene in the second Act of Die Meistersinger.” This was a remarkable test—but Maestro Toscanini passed it.

• When Antonin Dvorak created his New World Symphony, he marked the slow movement andante. However, Anton Seidl conducted the movement largoat a rehearsal. Hearing that, and liking it, Dvorak changed the tempo to largo. Music critic Henry T. Finck writes, “A greater compliment has never been paid to any interpreter.”

• Sir Thomas Beecham was a feisty conductor. When he was old, he conducted the Chicago Symphony Orchestra in Delius’ “Brigg Fair,” and he sang along with the orchestra. However, he heard the audience coughing, and he suddenly turned around and shouted, “Be quiet! I can’t hear myself sing!”

• In Richard Strauss’ Alpine Symphony, a passage of music portrays a storm. During a rehearsal conducted by Mr. Strauss, the first violinist dropped his bow. Mr. Strauss stopped the rehearsal, saying, “Gentlemen, may we pause briefly? Our leader has lost his umbrella.”

• Conductor Jeffrey Tate and his companion Klaus Kuhlemann keep in their home a collection of very valuable early Meissen porcelain, each piece of which cannot be replaced because of its rarity. According to Mr. Kuhlemann, “Our cleaning lady is terrified.”

250 ANECDOTES ABOUT OPERA — BUY THE PAPERBACK 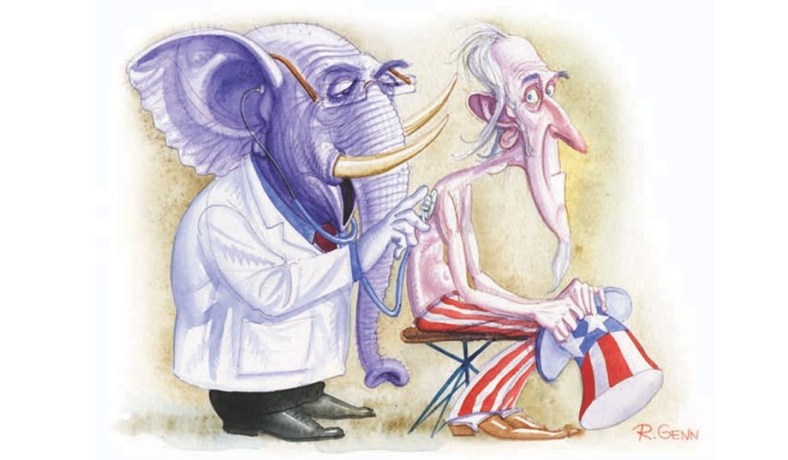 “Most Republican-controlled states are still refusing to expand Medicaid, even though Washington would bear the vast majority of the costs. Utah held a direct referendum on Medicaid expansion, which passed easily – so the will of the voters was clear, even in a very conservative state. Yet GOP legislators are blocking the expansion anyway.

And now the Trump administration, having failed to repeal the ACA when Republicans controlled Congress, is suing to have the whole thing declared unconstitutional in court – because what could be a better way to start off the 2020 campaign than taking insurance away from 20 million Americans?

The point is that it’s no longer possible to see any of this as part of a clever political strategy, even a nefariously cynical one. It has entered the realm of pathology instead. It’s now clear that Republicans just have a deep, unreasoning hatred of the idea that… 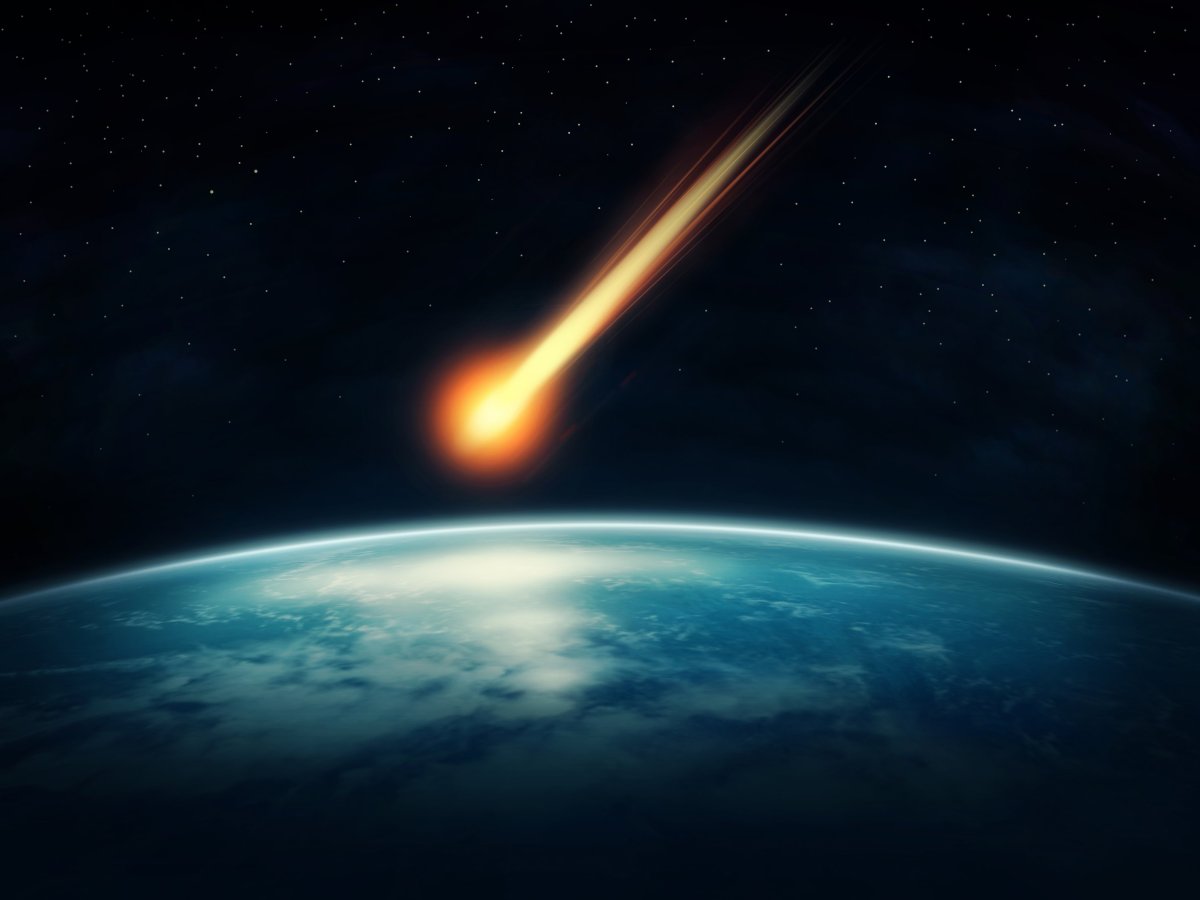 How governing works these days:

The Republican agenda has gotten quite narrow, and it contains almost nothing that’s affirmative in any way. Republicans want to dismantle regulations on the environment and labor rights. They want to take health insurance away from as many people as they can. They want to attack abortion rights and make life more miserable for transgender Americans. And, of course,

a giant meteor could be headed to destroy the Earth in 48 hours and they’d try to force through one more tax cut for the wealthy and corporations before we’re all vaporized.

YOU ARE WHAT YOU DO

what you hope to be

act it and so become it

NOTE: Want to be a kind person? Do what a kind person does, and you will be kind. Works for other qualities, too. (Including being evil.)