I HARDLY KNEW YOU

So much to see, hear, and love

“The trouble with life isn’t that there is no answer, it’s that there are so many answers.”

In the room where I write each day, I watch the world go by
through this plate glass window, I’ve seen some magnificent sights

A Cooper’s hawk comes visiting hunting easy prey,
for the feeders are always laden with a smorgasbord everyday

Ruby throated hummingbirds flit from feeder to limb to sky,
their iridescent feathers shimmering as they soar high

The mourning doves are fat and plump, the pigeons are obese
they scramble over the ground snatching up fallen seed

Woodpeckers come pecking at the tree finding bugs to eat,
and plunging their beaks in the suet, a welcome winter treat

Goldfinches cling to the thistle sock swinging in the breeze,
filling their tiny bellies with the Nyjer seed

From time to time, a ground dove… 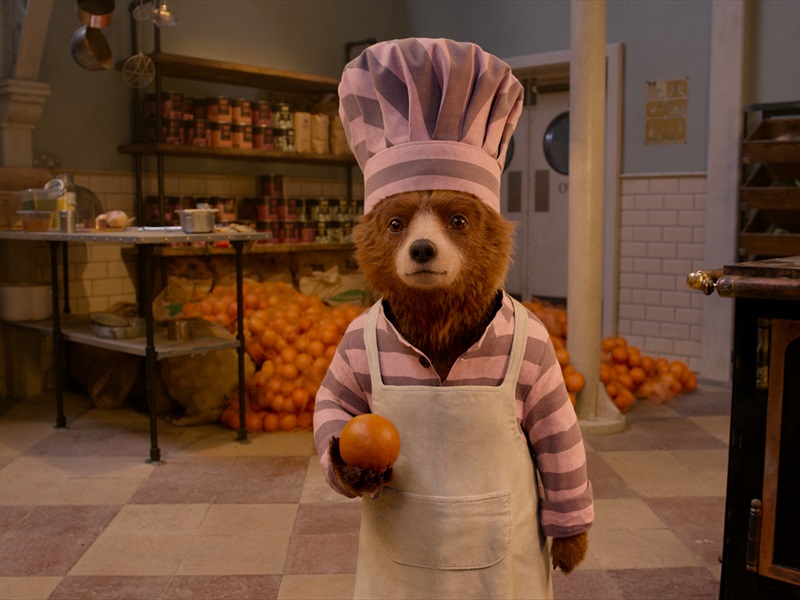 “Paddington… looks for the good in all of us, and somehow he finds it.”

My apartment has a

Is the earth hollow or it is filled with stuff?

ARE WE GUILTY, TOO?

Way too much warfare

“Make a desert, call it peace”

Are we guilty, too?

NOTE: Roman historian Tacitus wrote, “They make a desert and call it peace.”

• The comedy team of Bobby Clark and Paul McCullough is little remembered today, but they were big on Broadway in the 1920s and 1930s. In an interview in Variety, Mr. Clark once said, “A great many people think it is strange that McCullough and I have been together so long. It is not strange at all. We are doing fine; we get along together fine. We don’t have fights; we don’t have arguments. If a question arises as to how a certain piece of business should be done or how some certain gag should be put over, we don’t talk and argue about it like so many people; we sit down quietly and talk it over pro and con. I listen to McCullough’s version, and he listens to mine, and then I go out on the stage and do it my way.”

• Sam Norkin was a famous artist whose caricatures of plays appeared in newspapers and magazines around the country. While growing up, he attended high school with a couple of friends who later became actors. One of his indulgences at work was to put the faces of his friends in one of his caricatures whenever possible. Sometimes, this can be difficult. When his friend Salem Ludwig was performing a bit part in An Enemy of the People, he appeared in only one scene: a town meeting that featured the entire cast. In order to get Salem into his caricature, Mr. Norton drew the town meeting and included all the members of the cast. (He featured his friend prominently in the foreground.)

• Representative Bella Abzug, a Democrat from New York, was sometimes the victim of inaccurate reporting in the media. Once, a story appeared that she had tried to wear a hat on the floor of the House of Representatives, but that the official doorkeeper, a man named Fishbait Miller, had told her she couldn’t — and she had told him what he could do. Shortly after this inaccurate story appeared on a wire service, a very short man came over to Representative Abzug, stood on the tips of his toes, and kissed her. She responded, “Whoever you are, I think this is an over-response.” The man replied, “I’m Fishbait Miller, and I just wanted to meet you.” The two became friends.

• Reginald Bosanquet, a British television newsreader and writer, was dining in an Italian restaurant when someone walked in whose face he knew but whose name he had forgotten, so he sent a waiter over to inquire — discreetly — who the man was. A few minutes later, he received a note from the man: “Dear Reggie, I alwaysremember your name. — David Twigg.” Mr. Bosanquet, of course, went over to Mr. Twigg’s table, apologized for forgetting his name, then asked what the waiter had said to him. Mr. Twigg replied, “He said, ‘Mr. Bosanquet say you his besta friend but he forgetta your name.’”

• Noël Coward frequently got into arguments with the actors and actresses in his plays, but the arguments were always sorted out later. Once, he and Gertie Lawrence were having a loud argument in a dressing room when a woman in the cast ran into the dressing room and told them, “You must stop this. I love you both and you can’t go on like this.” Mr. Coward told her, “How dare you interfere when I’m talking with my friend!”

• Robert Benchley met Donald Ogden Stewart on a rainy night as they were both coming out of a restaurant. Mr. Stewart saw a passerby with a large umbrella, pretended the passerby was a taxi, and took his arm and said, “Yale Club, please.” Mr. Benchley then took Mr. Stewart’s arm and said, “Can you drop me off at my place? It’s on the way.”

• During the first season of Gilligan’s Island, Russell Johnson and Dawn Wells weren’t mentioned in the TV series’ theme song — they were merely referred to as “the rest.” After the series was over, Mr. Johnson and Ms. Wells remained friends, and Ms. Wells signs her letters and cards to him with “Love, the rest.”

• Loïe Fuller (1862-1928), an American dancer who took Paris by storm, once wrote the Curies, Marie and Pierre, for a sample of radium she could include in a dance. Madame Curie wrote back, explaining both the dangers and the cost of such a venture. The letter resulted in a friendship.

• Once, a Jew complained to Rabbi Isaac Meir that in all the world, he didn’t have a friend. Rabbi Isaac replied, “Surely you have aGemarain your house?” (A Gemarais a part of the Talmud and consists of commentary on the Mishnah.)

• Oscar Levant was friends with George Gershwin for many years. In fact, a chapter in Mr. Levant’s book A Smattering of Ignoranceis titled “My Life, or the Story of George Gershwin.”

• The people of Poland hated their rulers in the USSR. A sign in Poland once bore the slogan, “A Month of Soviet-Polish Friendship.” Underneath was handwritten the message, “Agreed. But not one day longer.”

• Warren G. Harding once told William A. White: “I have no trouble with my enemies. But my goddamn friends, White, they are the ones that keep me walking the floor nights.”

The road is bejewelled with the lights of traffic
Red ribbon, white ribbon, snaking over the hills
Dark fields lie beside us as we wend our way
The villages we bypass shine stray lights to our eyes
I turn off the radio and drive in silence
Motoring into the dark, climbing and swooping
As the moon illuminates us all
I slide off at my junction taking the tight French style curve
And home beckons

“No society that feeds its children on tales of successful violence can expect them not to believe that violence in the end is rewarded.” 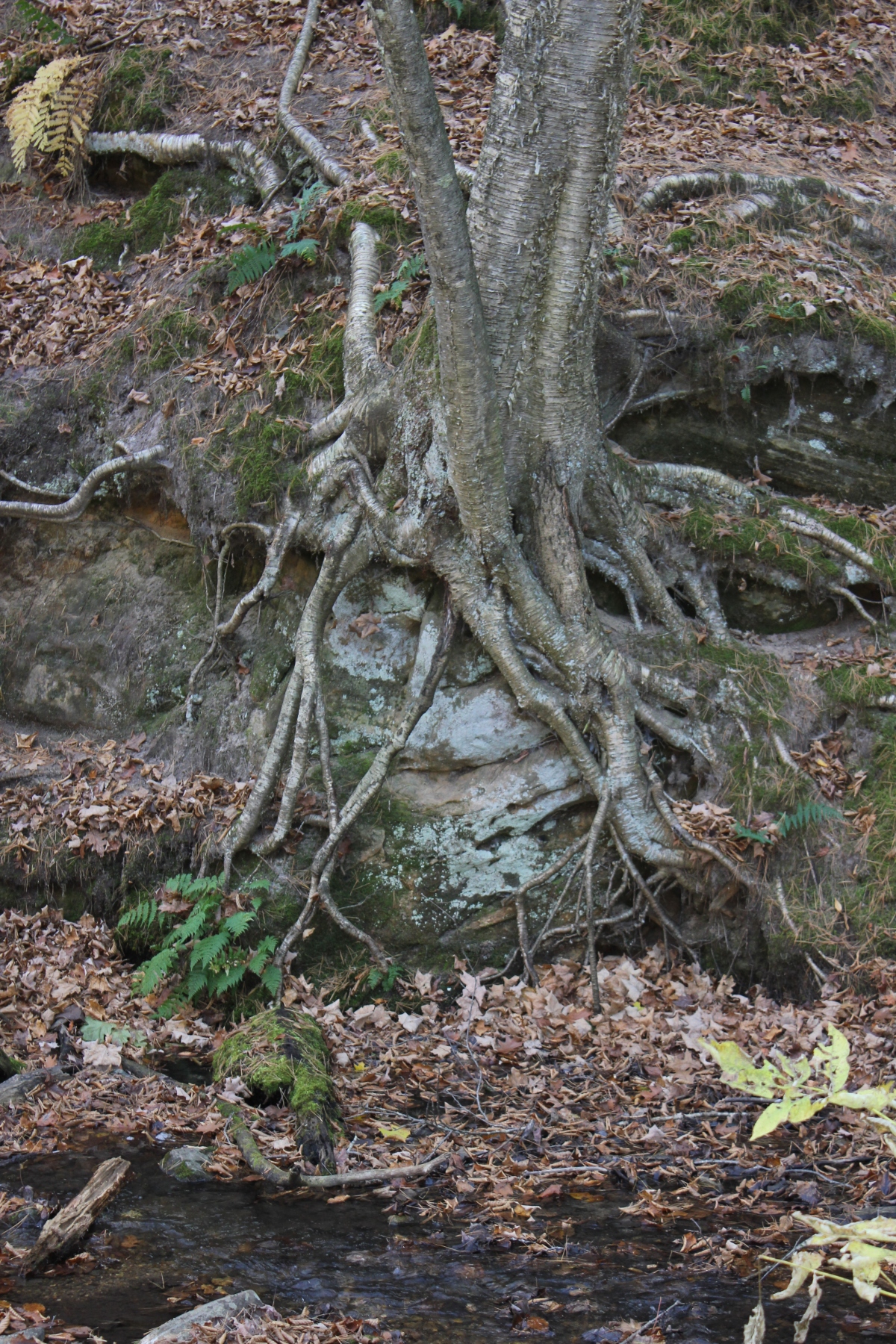 I’ve hiked this trail before
winding through a wooded wonderland
in awe
today,
air sweet with the detritus
dampened
by spring’s morning mists,
I breathe
lost in a tree-born revere
my soul plays in the canopy
my toe, earth bound,
snags the arching twist
of an exposed root
hiding under last fall’s rotting leaves
I stumble, startled
catch myself against a tree
its rough bark—a finger hold—
steadies me
I rest my back against this strong friend
yes, this one
whose rude root
tripped me
I trace the root back to this tree
Guilty!
Old Confidant!
this friend
responds with shaking laughter
as the wind rattles
bare limbs
just stretching from
winter’s rest
this tree chuckles
and
breathes me